Nyxon was hanging out at a local bar, when she overheard a very wasted GiGi bragging about how much money had. Interested in what she had to say, Nyxon moved closer to her & really turned on the charm. Soon, GiGi was buying round after round of shots & talking very loudly about all of the cash that she had stashed in her house. Having ulterior motives, Nyxon tells GiGi that she’s too out of it to drive home, and she offers her a ride. The scene opens up with both GiGi & Nyxon stumbling through the door of GiGi’s home. Nyxon places GiGi on a chair, and goes off to make them a night cap. When she returns to the living room, Nyxon finds GiGi fast asleep in the chair. Knowing that she has to work quick, Nyxon ties GiGi to a chair. She wakes GiGi up & when she tries to scream, Nyxon shoves a pair of grannie panties into her mouth & wraps a tight cleave gag around her head with black electrical tape. GiGi struggles & screams out through the gag as Nyxon ransacks her home & steals all of the money that she was bragging about having. 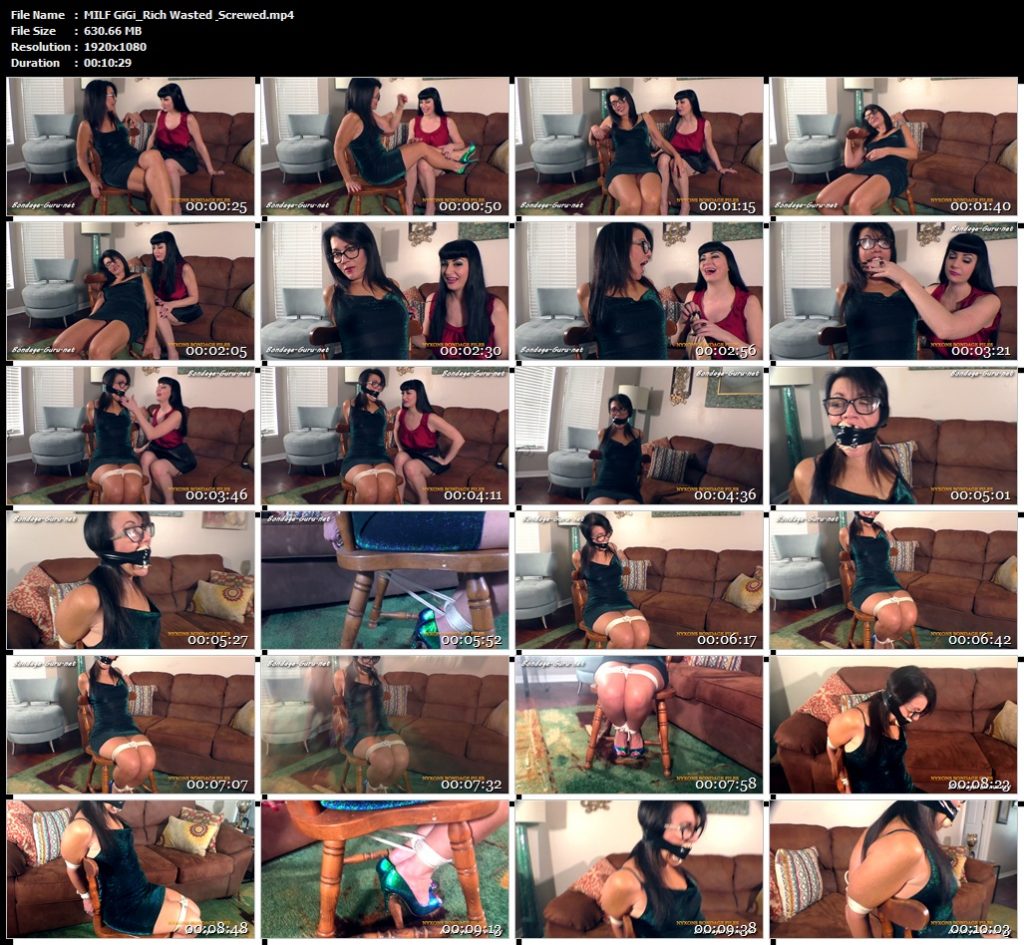 Don’t be bitchy towards a woman with a bag of rope – Bondage: JJ Plush, Born to be Bound

Forced to reconsider – Bondage: JJ Plush, Born to be Bound