I hold on tight to her arms while she tries to pull away, threatening to have the cops arrest me. I reposition her body so I can straddle her ass, pinning her body flat. I wrap rope around her elbows and start circling the rope while I tell her about her new little trip and the little letter she’s going to leave resigning and apologizing for the short notice of her departure. I pull another piece of rope from my purse and bind her wrists together. She tries to wiggle out from under me but I lift her back up. She keeps saying that I won’t get away with this, but I think I just might. Find out what else I have in store for Hannah! 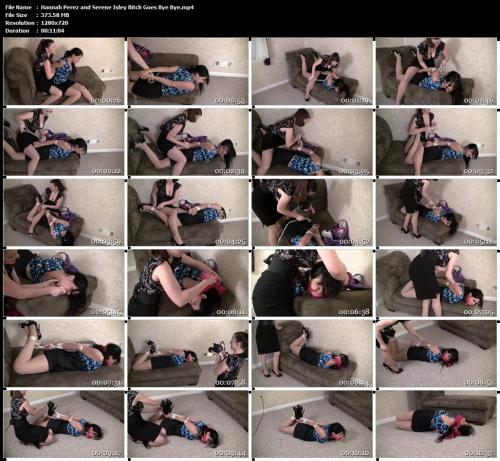