Caroline Pierce thinks she is going to a leather and latex photoshoot but when she arrives she is knocked out. This doesnt seem to phase her. She just thinks the woman is kinky and she plays along even though she has aand forces her to strip atpoint. She loves to role play anyway. The woman assures her of her fate but she still isnt buying it. She is put into a leather body harness (off screen) and a bit gag and is leashed up with her arms strapped to her body and told to march across the room. She obeys obediently with better posture than most ponies in training. She is then banged with an enormous strap on in a few positions and then strung up spread eagle (bondage rigging not shown). She is groped and teased and nipple clamped. It is becoming obvious that this is not a playful kinky shoot at all. The things coming from the womans mouth are real- Caroline Pierce is to be sold off to her biggest fan in Canada, who happens to be 70 years old. He plans to use her as a pony girl. This mad woman is the trainer and the woman preparing her for sale! Caroline is eventually let down from the spread eagle position and gagged with the panties she was wearing early. She is sat on her knees and strapped up again and chained to the wall and hogtied. A big leather hood is placed over her gagged face. She falls over to her side and must await in the darkness bound up for her new owner. 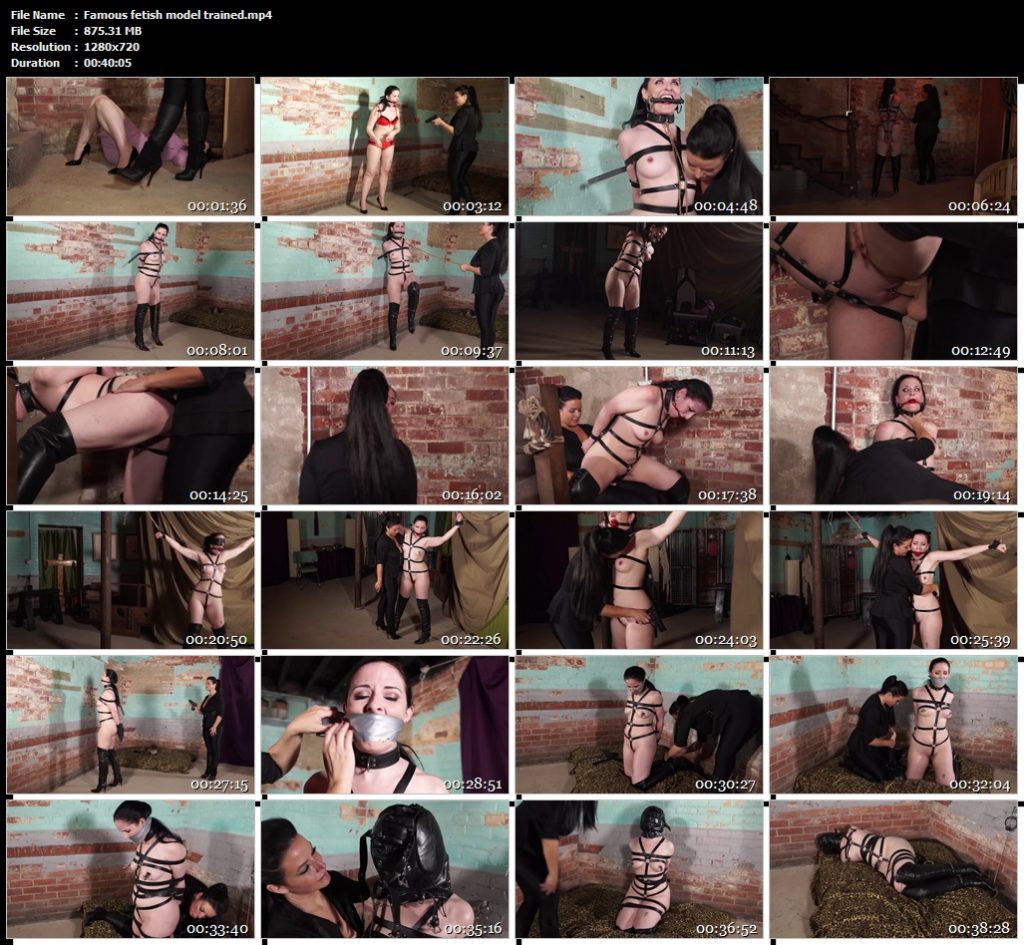 Fetishy Fantasy Night, or a Nightmare? – Born to be Bound

Strapped up by Mistress Caroline, Sandra is used as a Living Chair, Rewarded with Bound Orgasms! Forniphilia #2222

Gagged with her hair outdoors and then – Summer Peters, JJ Plush – Born to be Bound

Hogtied with her heel tied to her face – Bondage: JJ Plush, Born to be Bound

Busty sweater girl all cuffed up – Bondage: JJ Plush, Born to be Bound

Inmate versus warden, it continues – Bondage: JJ Plush, Born to be Bound