Busty blonde babe Reagan Lush is the glamour type always thinking she can get by on her good looks… she comes over to let me know she’s good for the back rent show owes and that I’ll get it sometime soon. As she parades around looking so hot in the super high heels and skin tight dress I tell her I’ll make a deal with her but she has to be handcuffed to a chair. The Barbee doll beauty stupidly agrees. She’s a bit uncomfortable with her wrists cuffed behind her back but she thinks I just want to fondle her. She soon realizes her mistake and begins to plead for mercy as I belt her elbows together and yank her head back askking her about how much money she made at the club last night. Reagan lies and tells me she only made a few bucks but she’s now trapped and I slowly run my long red finger nails down her neck. I begin to use my fingernails to poke and dig into her exposed neck and she’s breathing hard. I continue poking and prodding her neck, face and top of her tits while Reagan begs for mercy promising to eat my pussy if I stop. I am determined to teach the bimbo a lesson so I march her into another room and hook her arms into a hook attached to a winch so that she’s in a strict strappado. I spank her ass making her heels clatter on the hard floor and she struggles to maintain balance. Finally released Reagan thinks she is OK but I hook the winch to a rope around her long neck and crank it high so that she’s precariously balancing on her tip toes. I yank down her dress and again use my sharp finger nails to poke her naked belly. Reagan begs and plead with me to stop but I know she’ll never come through with my money… so I might as well finish her with a few cranks of the winch. 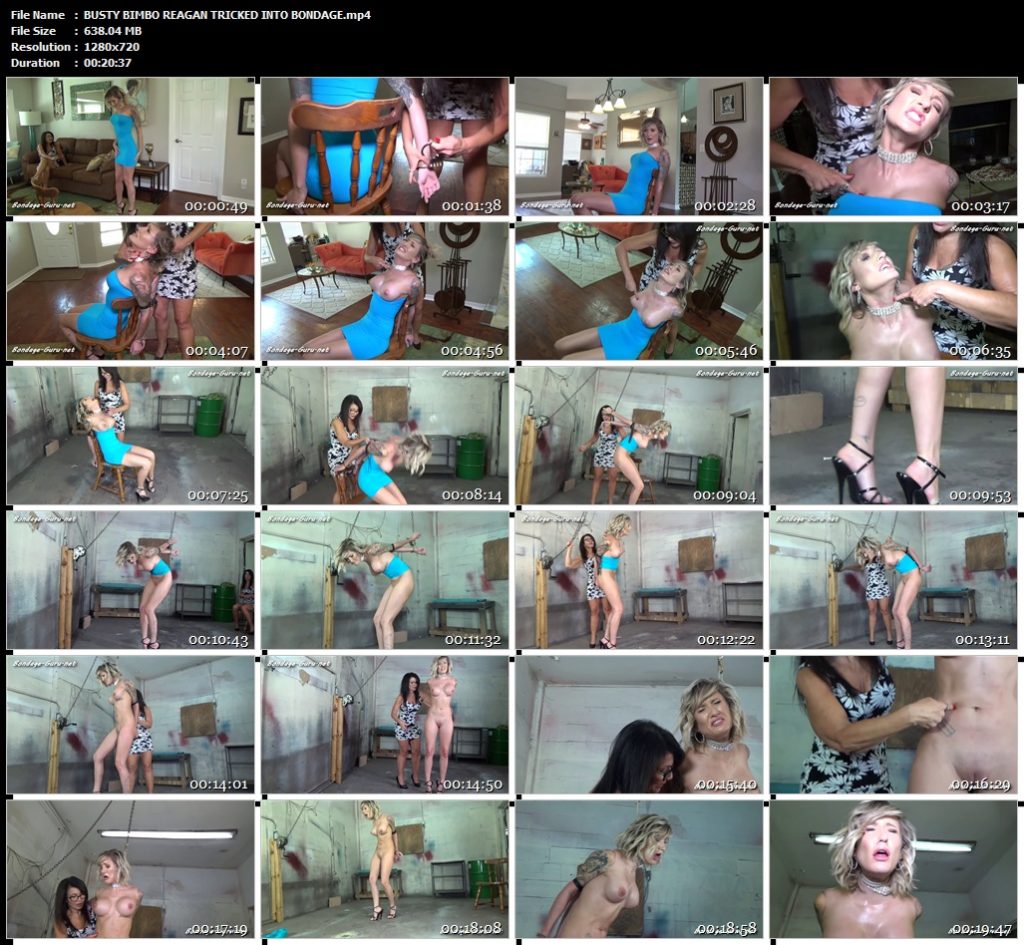