UNCENSORED VERSION
Madeline has been dating Nyxon’s step-brother for a few weeks now & Nyxon has her concerns. She confronts Madeline about her intentions with her step-brother & Madeline tells her that they are absolutely in love. This was not the information that Nyxon wanted to hear & she immediately tells Madeline that she’ll never fit into their uber-religious family with all of those blasphemous tattoos. She tells Madeline to break up with her step-bro immediately, but Madeline refuses. Nyxon lunges at Madeline placing her hand over her mouth & the next scene opens up with Madeling tied tightly on the couch. She tells Nyxon that her actions will send her to hell, and Nyxon answers her by giving her a nice, tight cleave gag with bright pink vet wrap. She leaves Madeline tied up in the living room in the hopes that her step-bro will walk in, see her & want nothing more do to with her. 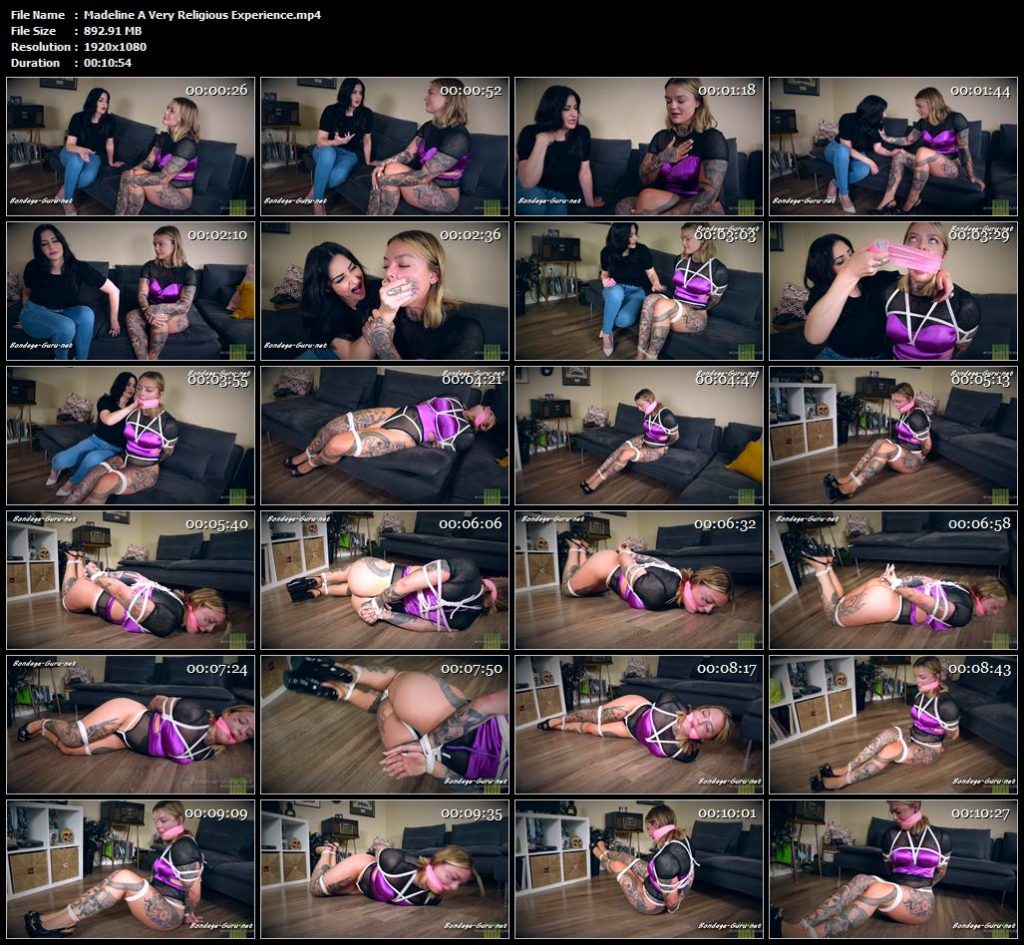