Cassandra decides to cut costs by firing her body guard and going with a cheaper company. She tells him to come back later for his final pay check. But when he gets there, he finds that someone has robbed his former boss and has her bound and gagged. Rather than untying her, he decides to teach her a lesson. He leaves her tied up and even ties her in a more secure hogtie. He also gags her better by stuffing and taping a pair of her panties in her mouth. He shows her just how dangerous things can get without his protection. After he pulls her big tits out of her bra, Cassandra gives in. She lets him know he has his job back with a raise. 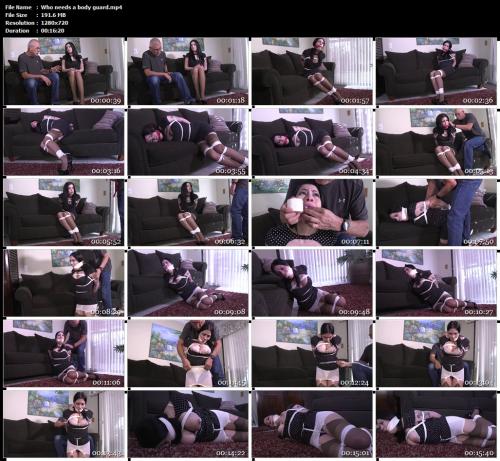