We’ll just wait for him together! Only, you’ll be bound and gagged! HD – Blair Blouson – Girl Next Door Bondage

For years, I have hoped to work with Blair. But she and I could never find ourselves at the same location. I was finally able to make my way to her area on my latest trip to the Mid West. This is the first video we shot together. There are 7 more to come. And, since I enjoyed working with her so much, I will make the effort to work with her again.

He was sent here to deal with a man named Johnny. After gaining access to his room, the man waited. When he heard the door, the man was caught off guard when Blair walked in, instead. The man grabbed her and asked who she was and to tell him where Johnny was. The woman explained that she was sent there to keep Johnny entertained and that he was still in the hotel cocktail lounge. He told Blair that he and she would wait together for the man. But unfortunately for Blair, the man didn’t trust her to not warn Johnny. When he grabbed her and started to tie her up, Blair protested. “Why are you tying me up. I have nothing to do with this!”. But the conversation ended abruptly, when the man stuffed and tied a pair of panties in her mouth to gag her. The feeling of being totally helpless had Blair very scared and angry. She tried to demand to be untied and ungagged as she struggled hard to get loose. But her struggling and protesting only got her tied tighter, with more rope and the gag getting tightened. After a while, the man grew impatient waiting. He told Blair that he was going to look for Johnny and after he was done dealing with him, he would return to have some fun with her before letting her go. Blair protested loud as he left her struggling. Now, with her tits exposed. 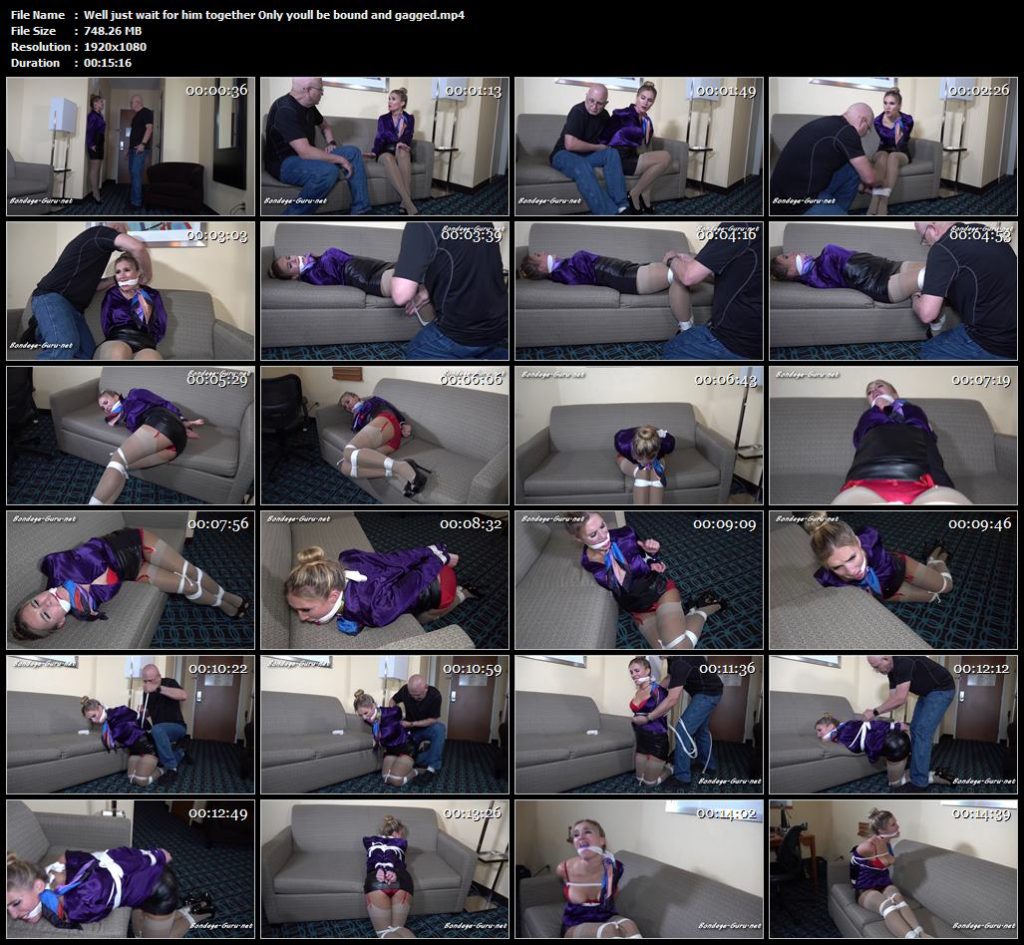 Girl Next Door Bondage – Don’t you want to tie up my thick curvy ass and fuck me! HD

Girl Next Door Bondage – Tie me up and shove that deep down my throat! HD

Shauna Ryanne – He robbed me and left me tied up and gagged like this!