Undercover spy Lil Mizz Unique had set up a plan to rob a rival of an important set of computer files. Posing as a pole dancer, she arranged a date with him to lure him into lowering his guard so she could steal what she needed. Her pole dance was sexy as hell, and before she was done her target had only one thing on his mind! He suggested she change into something a little sexier and as she undressed in his spare room, she failed to notice the security camera watching her every move! The rival spy watched her strip naked before she began to rummage in search of the files. Before she could complete her mission, the man snuck up behind her and clamped a heavy hand over her mouth! The next thing she knew, she was bound to the very pole she had danced on earlier! Unable to free herself, she was helpless to stop the man from stuffing her bikini bottoms deeply into her mouth before sealing her face shut with tape! He even wrapped it around her head, fusing it to the pole! She watched in frustration, cursing herself for letting her guard down! Unfortunately for her, the man planned to ship her to a special group of operatives who would know exactly how to break the girl and learn all the secrets she may be hiding! Wrapped tightly in plastic and tape, her mouth plugged with a ball gag, she could only wriggle and squirm in desperation as she fought for an escape before the operatives arrived and her torment began! 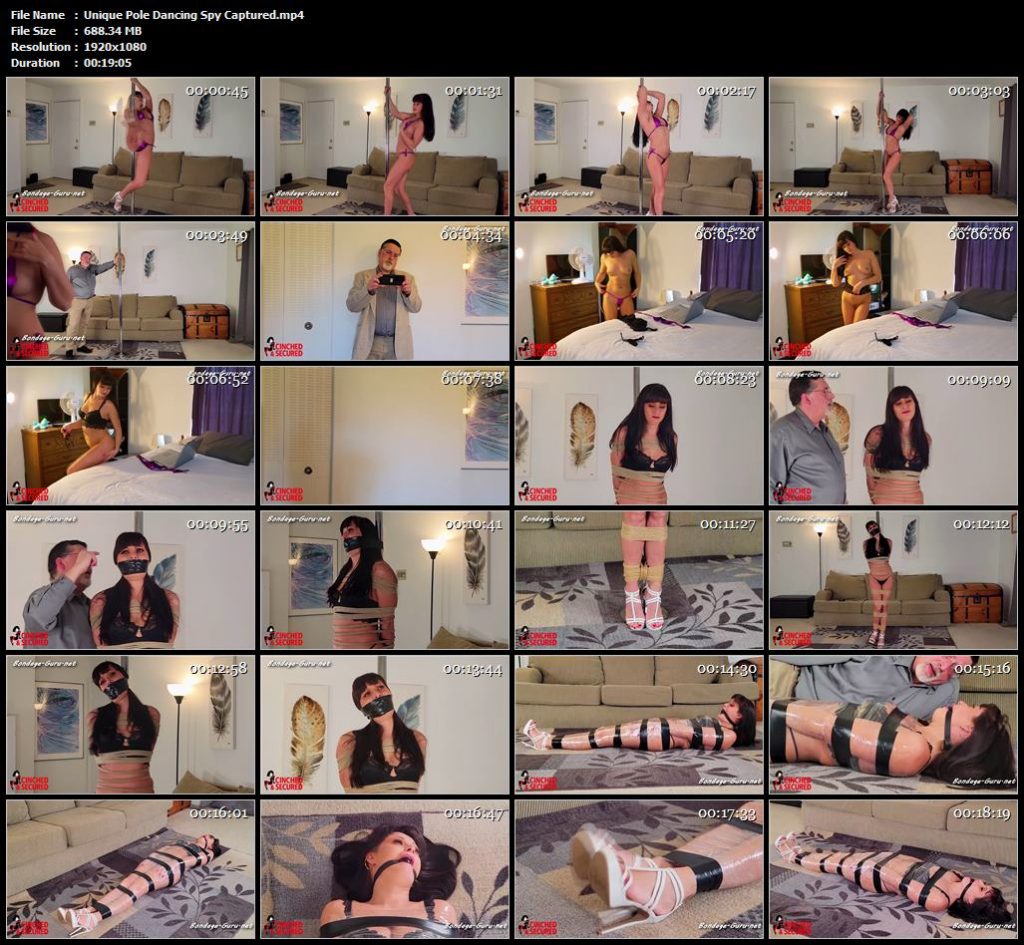 Cinched and Secured – Lil Miz Unique – This’ll Heat You Up!

Girl Next Door Bondage – Business woman walks into her room to be grabbed, tied up and gagged