He wanted to teach her a lesson for always walking around school in skimpy clothes, showing off her body and making it impossible for him to concentrate on his work. He has everything planned but now he has to somehow lure her over. He knows Chrissy has been complaining about not getting enough hours at her job, so he offers to pay her for some tutoring if she could come over to his place later that evening. She agrees and of course when she shows up she is dressed in an impossibly slutty outfit, basically asking for it. He could tell she wasn’t wearing a bra either with her perky nipples showing through her tight white crop top. That set him over the edge and he couldn’t resist for but a minute before he knocked her out and carried her off to his bedroom.

The scene begins with Chrissy with her legs frog tied, arms tied over head and attached to the bed, big toes tied together and a ball gag filling her mouth. She just woke up all alone, bound and gagged, and is scared and confused as she struggles against her bonds. After some time he returns and she realizes that he was the one who did this to her. She begs him to let her go but he just ignores her pleas. She notices that he is holding a candle, and really starts to panic when he lights it up and starts dangling it over her! She screams as the first drop of hot wax hits her tummy. It’s even worse than she anticipated! As the candle gets hotter and the wax drips faster she struggles desperately trying to get away and even starts to to cry from the torture! Once he thinks she is starting to learn he decides to give her a break from the wax, but he doesn’t think she has learned quite enough to be let go yet, so he leaves her struggling helplessly bound and gagged, unknowing of whether the worst torture is yet to come or if she will ever be untied from her brutally tight ropes! 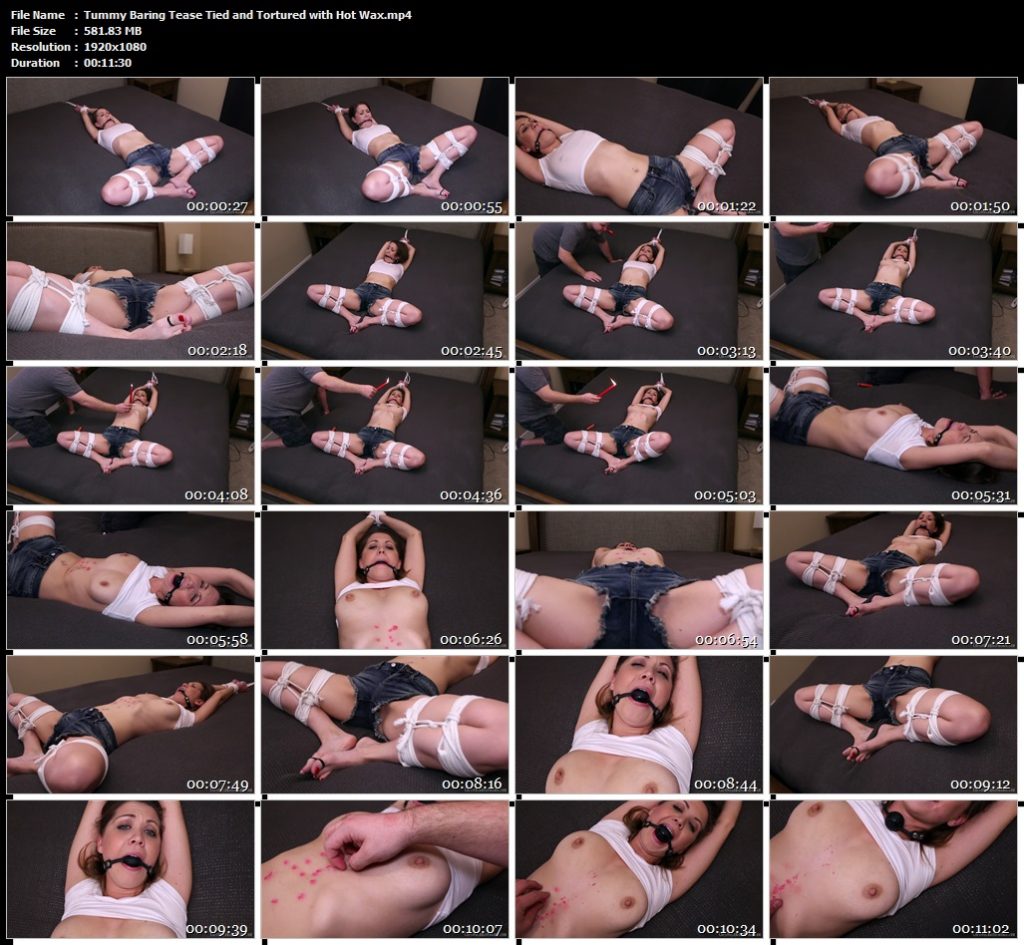