Goldie’s son has been kicked off of the football team Being a tall sexy and well built woman, Goldie always get her way and she will do anything it takes to get him back. Her plan today is to go talk tot he coach and make him a deal he cannot refuse. Goldie’s first plan is to take some pictures of her half dressed with the coach and blackmail him with them. But the coach isn’t going to fall for this and he comes up with a better idea. He grabs Goldie and ties her up with rope. Then he takes some pictures of his own and tells her that if she gives him any problem, he will show them to the right people. When Goldie’s complaints get too loud, he stuffs and ties a pair of panties in her mouth to gag her. As Goldie struggles bound and gagged, she starts to realize that things are not going according to her plan. But when the coach pulls her blouse open, she is a bit disappointed that he stops there. Because being the type of woman who always gets her way, she can only hope he gives her the chance to earn her son’s way back on the team. But Goldie doesn’t want to play easy to get and she protests loud through the gag. A short time later, things start to look up for Goldie when the coach returns and pulls her bra down and hogties her. And then finally Goldie hears what she wants to hear. The coach tells her that he will let her son back on the team. But this is going to require her panties coming down. Goldie is more than eager to take him up on this offer. 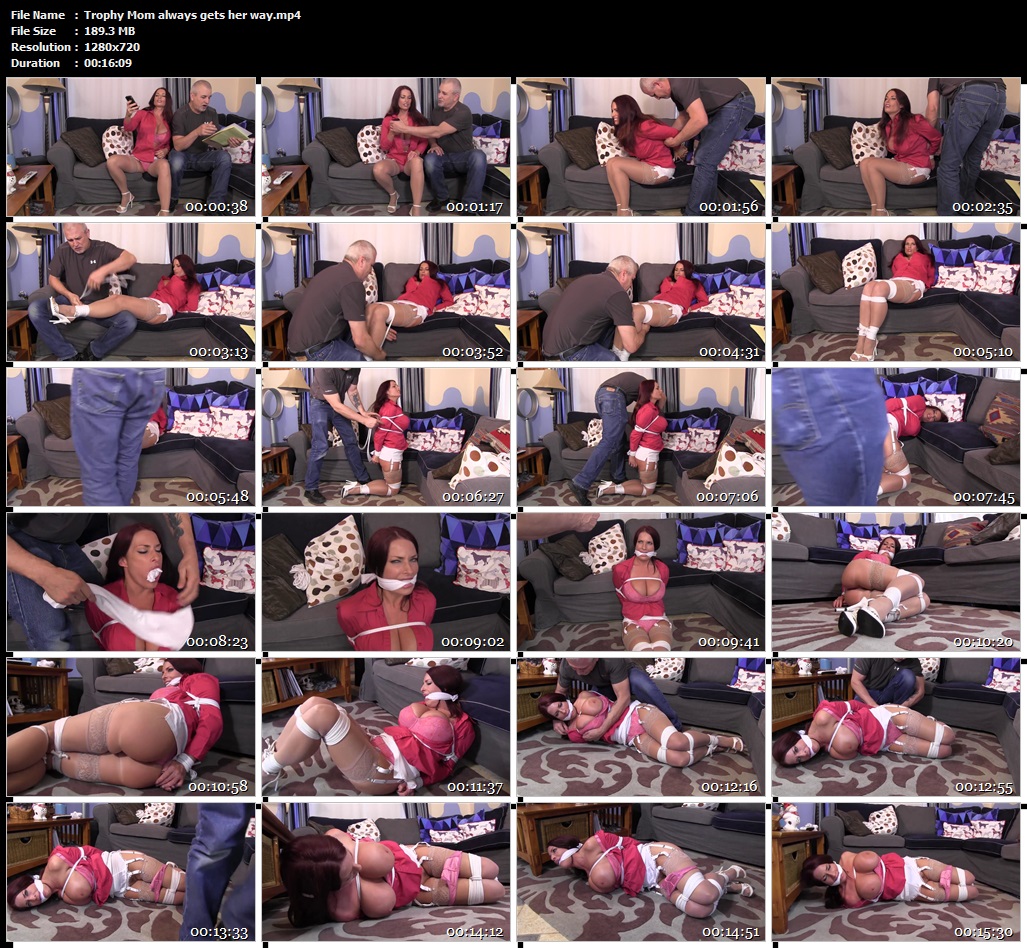