A slave trader imitating a police officer has tied up and bound these gullible recruit hopefuls and wants to make sure they are helpless and humiliated before he leaves to find a buyer. He has some more rope so he exposes the brunettes big tits and tightly ties them up while she mmpphhhs and struggles. Of course he cant leave the blonde sisters out of it, so they get stripped topless as well. He takes some photos then orders them all to stay put while he makes some calls. The girls wiggle and whimper around, desperately trying to escape being sold!

Just when it seems like theyre doomed, Janira manages to help Izzy escape! Then they realize the dumb ass bad guy left the cuff keys on the desk! Both free they remove their gags and stuffing while Chrissy is begging them through her gag to help her get free before its too late! Instead of helping Chrissy, they start talking to each other and saying things like did you hear what he was saying and we barely know her. Then Chrissy realizes that theyre not going to untie her! They are just going to use her! Izzy hesitates and tells her sister thats not nice, but it doesnt take long for her sister to convince her that they really need the money. Janira hand gags Chrissy over her tape trying to quiet her cries while they start planning how to convince the bad guy to let them join his business.

The bad guy returns and is pissed that the sisters escaped, but they quickly try to explain that they want in on the slave trade business too. They start bargaining with each other, mentioning how they can lure other hot girls in with their friendliness and such, while poor Chrissy whimpers in the background. It doesnt take long for them to reach a deal, as the sisters are mostly just relieved to not be getting sold themselves! They might feel a little bad for selling Chrissy, but they barely knew her anyway! The bad guy lifts up Chrissy and cradle carries her out of the room, kicking and screaming all the way, with his two new blonde partners at his side! 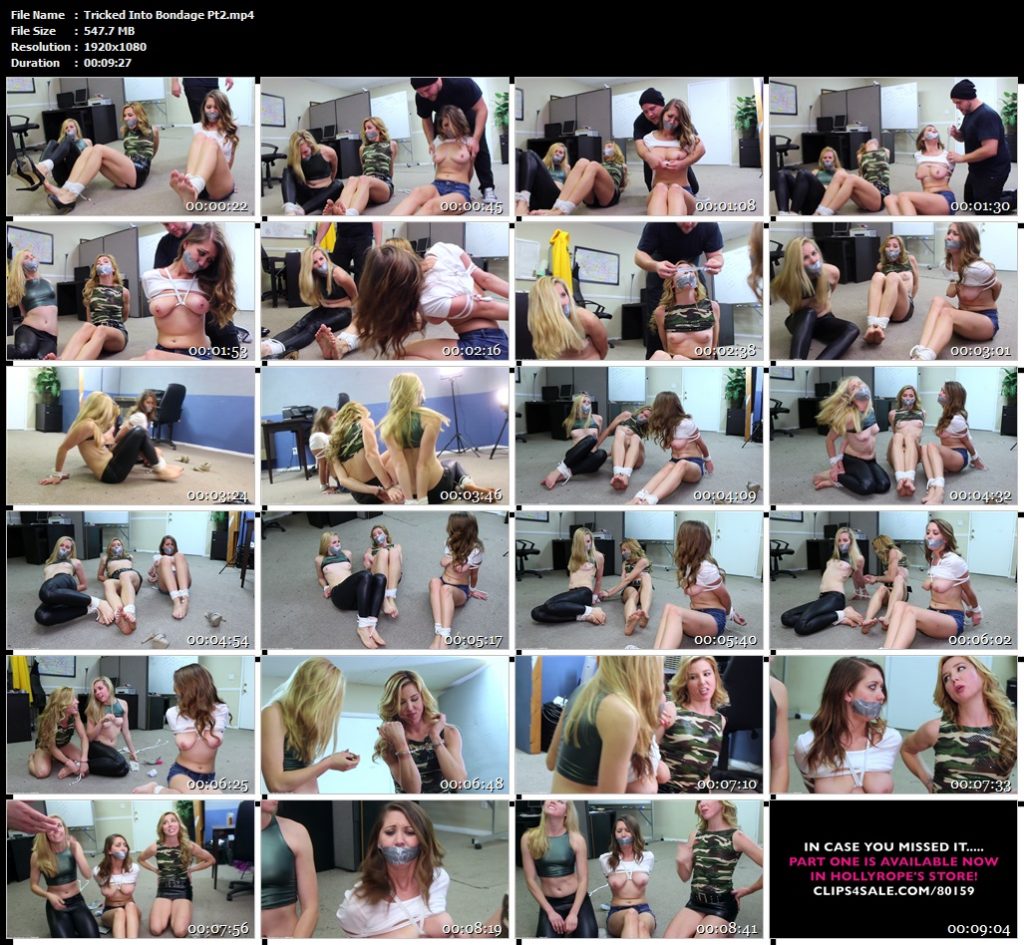