Miguel’s thug leaves Ariel to struggle angrily for a while before returning to bind Ariel’s elbows together. The thug taunts her a bit and explains why all of this is happening before leaving her once again to endure her toes to wrist hogtie. All she can do is struggle, moan, and angrily grunt as she tries not to choke on her own panties and socks. When the thug returns he tapes her feet to her gag. Ariel has been extremely angry and feisty uo until now. It seems this has finally broken her and she begins to accept what is happening to her. This really intensifies the strictness of her bondage and you can tell by the look on her face as she does her best to cope. At this point, Ariel the tough cop is defeated. Her blouse is ripped open and the thug taunts her again, taking pictures of her nearly nude and gagged with her own socks and panties… what will the other ops on the force think? She won’t be able to tell anyone, and her ordeal has just started. The thug makes her ask for more bondage through her gag, and the now defeated Ariel complies. I added a little bit of behind the scenes footage of Ariel being ungagged. 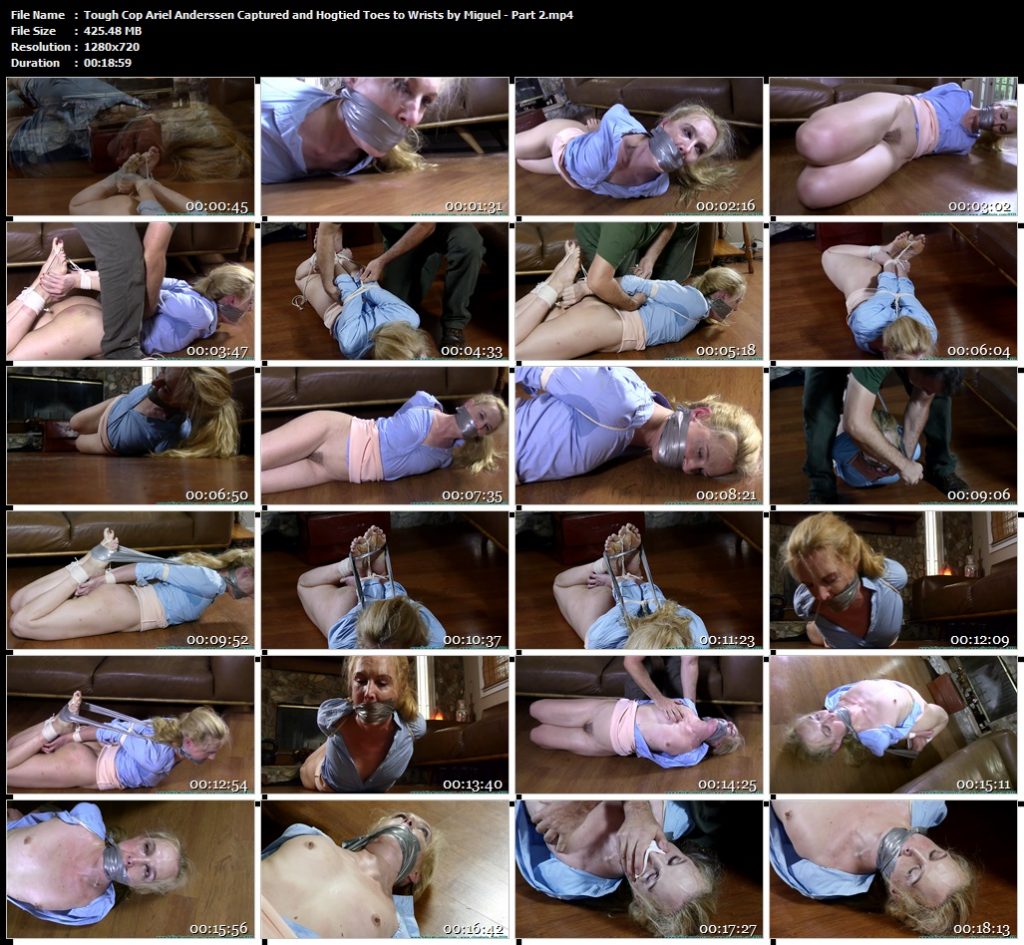 She Said It Hurt Her Nipples So Bad