Dakota has been convicted. She is tied up on the floor in her cell. She is laughing through her red ball gag. The guard (Scott Torvea) and priest (Arielle Lane) come in they stand her up. Scott tells her that she need to cooperate or they will make it tough on her. Dakota tells him to fuck off and spits at him. They re gag her and drag her off.

He carries her over the shoulder up the stairs and to the long drop room. They set her on the trap door and he puts a black hood over her head. He check the leather straps to make sure they are secure. Then puts the rope around neck and tells Arielle to check if they can 440 her and just drop her.

Arielle comes back and says that they got denied. She will be allowed to talk. They remove the hood and gag. Scott reads her sentence and asks for any last words. She replies by saying “fuck you” and continues to ramble. He goes in to re gag her when he feels a prick. Dakota laughs, seems she snuck something in with her. He has had enough. Scott is going to ask to 560 her due to personal risk. Dakota keeps running her mouth until he comes back and says he got permission. They take her down and hold her down as they takes the straps and handcuffs off. Strip her down to her bra and panties. Then carrier her off. She is brought to another room where they will finish the job with a short drop. 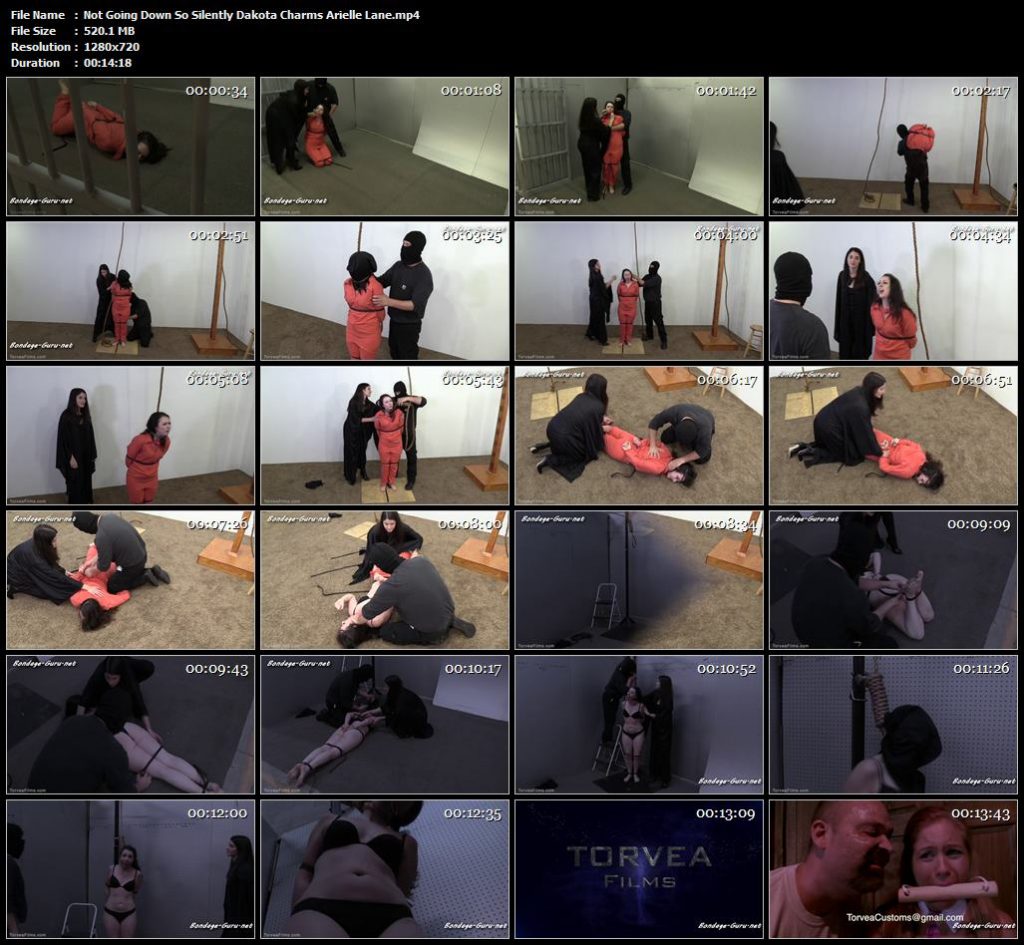