Pamela and Tilly are talking with each other in the living room ready to go out for the night. Pamela goes to the bedroom to do her make up but Alba comes from behind the door as she comes in and grabs her from behind, holding,restraining her arms behind her back while handsmothering her mouth and nose tight, keeping her quiet. Alba cuffs her hands behind her back and shackles her legs together, while handsmothering her at the same time. After finishing this, Pamela is gagged with a white OTM gag and put on the floor with her hands and legs tied;Soon after Tilly comes into the bedroom looking for Pamela. Pamela, is kept handsmothered on top of her OTM gag, hidden in the side. When Tilly comes too close, Alba lets go of Pamela and grab Bianca from behind, and does exactly the same to her as she did to Pamela. With all victims captured, they are tied next to each other facing the camera on the couch but now without the OTM gags. Alba takes takes turns handsmothering them individually and sometimes two at a time; after a while Tilly escape, and handsmother alba from behind. After, and swap places with Alba, having her tied up and handsmothered with Pamela on the couch both individually and two at once..When Alba is tied and gagged and taunting by the two bitches she warns them that she is not by herself in this home invasion because her business partner Tony is outside waiting for her and he will go inside the apartment in a few minutes. The two bad bitches don’t know that soon they will be gagged and tied up again even tighter, but the real question is, will Tony want to do business again with Alba after this disaster??? (ENGLISH DIALOGUES, BONDAGE, HANDGAGGING, SMOTHERED, F/F, BOOBS EXPOSED, OTM GAGGED, GROPING, HIGH HEELS, STRUGGLING, DID, ROLE PLAY, PVC OUTFIT, MINI SKIRT, TAPE BONDAGE, TAPE GAGGED, GAGGED WOMAN, GAGGED GIRLS, HD VIDEO) 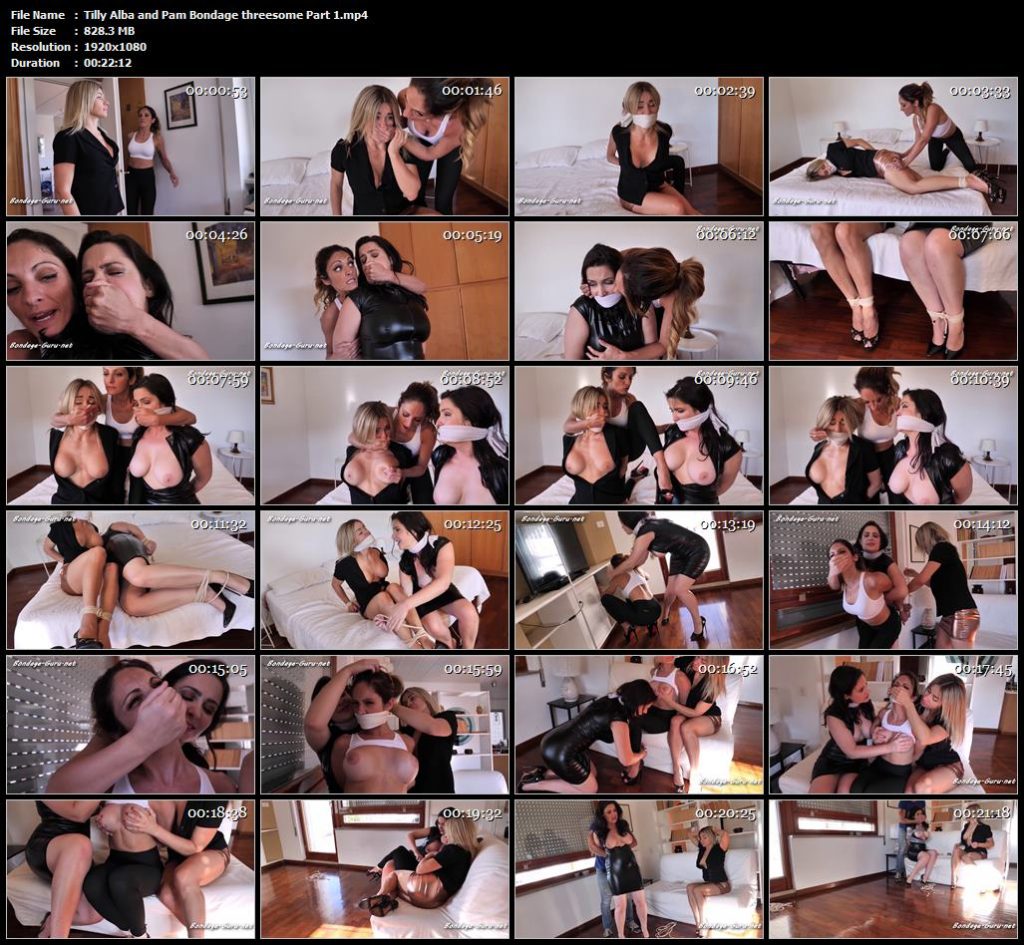 Bondage: JJ Plush, Born to be Bound – Stress relief for Carissa- my huge boobs in her pretty face