JJ got pulled over in a small town in Michigan on the way to a big party in Houghton Lake from Chicago. She has never been in any trouble so she thinks there is some misunderstanding when the officer named Bob takes her to the police station. Tony is there to take over. She is extremely polite for a while until it becomes obvious that these guys are nuts. The write up shows an explicit drawing that says, ” I want to titty fuck her”. She happens to see it when she has been hinged cuffed and chained to the table in leg irons while Tony is checking on something. He gives her a fake telephone to call someone and she realizes what is happening.. She slips out of her fluffy ugg boots because the leg irons weren’t tight enough, which she had discovered earlier was a possibility. She grabs her coat and leaves. She is picked up later in a field. She is back in the cell in a lock box..Things get even weirder when he takes her out and basically admits to kidnapping and torturing her. She tries to invite him to the party, she says he is being unreasonable because he is so stressed out and a little relaxation would do him good.but he isn’t going for it so she gets a little nastier with him. She can’t help herself. He has her put on the Louboutins that were in her purse. She is tied into a strappado with a harness gag and tight crotch rope. He gropes at her and rubs lotion all over her big naturals. Not done he stuffs her mouth and wraps her head with black tape. Once he lets her down he makes her tape her mouth even more and lube up her boobs..Scene cuts to him leading her away and putting tubes on her hands and using zip cuffs along her arms and at her ankles and even her boobs. He regags her tightly and gropes at her even more. He ziptie hogties her.What will happen next? 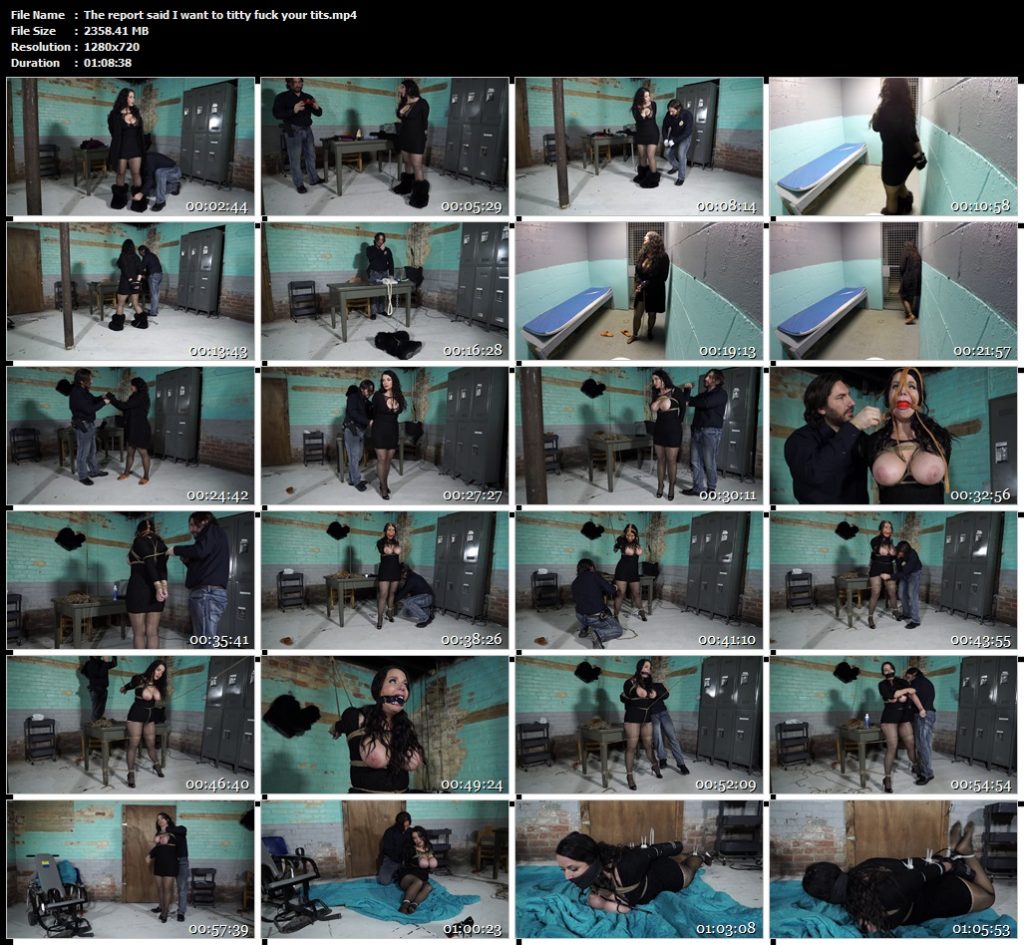 Prison Cell – Born to be Bound

A Jim Hunter strappado for me!! – Bondage: JJ Plush, Born to be Bound

Long and lean in leather and lace – Illustrious Rogue – Bondage: JJ Plush, Born to be Bound