In a luxury hotel, a high-end escort enters a room for her next assignment. There’s no one in the room, but Nikole Nash finds a patriotic-themed lunchbox and a note. The message tells her to tie herself up, and inside the box she finds a set of pink handcuffs and leg-irons. The adorable blonde then locks the cuffs on her ankles and wrists, and uses the leg-irons to hogtie herself. She luxuriates in her self-imposed predicament for a moment, then she hears the door. Nikole is surprised to see that it’s not her client, and the masked intruder tells the cuffed cutie that he knows she’s a senator’s daughter. Nikole informs the black-clad man that she’s not on good terms with her father, and that he won’t get any money from him. The villain assures her that they’re not interested in money, that they just want to influence the senator. He tightens up the chain on the hogtie then videos his sweet captive making a plaintive entreaty to her father for cooperation. Nikole’s captor then buckles a ballgag between her lips and leaves to send the video and ditch her phone. Left alone, Nikole makes a vain effort to liberate herself. As she helplessly rolls around on the bed her blouse falls to the side and exposes her breast, but that’s the only freedom Nikole is going to experience for a while! 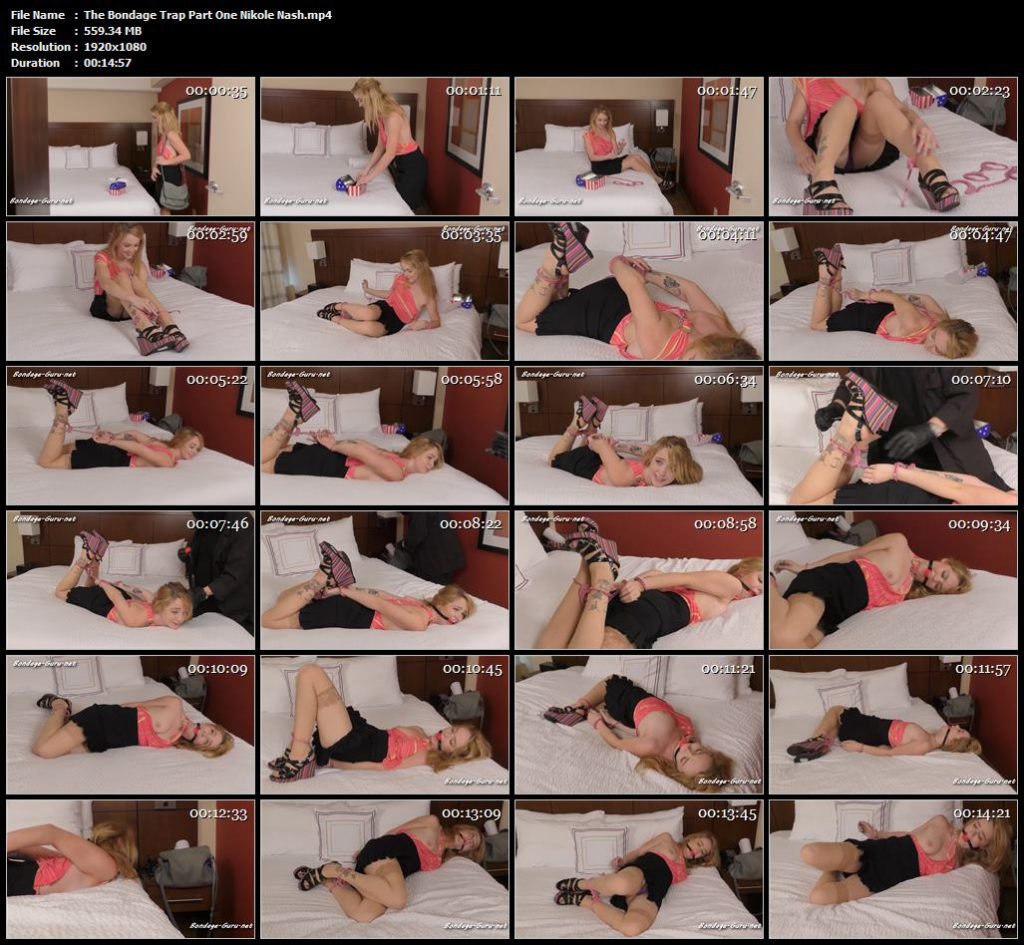