Stunning busty blonde Riley is a spy who is attending a party next door when she sees an opportunity to get into the safe-house next door in order to retrieve some data files. She gracefully skulks about, peeking into the windows until she comes upon a patio door she easily jimmies open. Inside, she looks around with a good amount of bending over which proves quite appealing to stare at! Her outfit leaves little to the imagination as she flits about from room to room. Suddenly a man lurks behind and stops her. Ordered to put her hands up, she complies as she realizes that by a freak chance one of the agents who works at the safe-house returned early and now he has her! Taking control of the situation and the luscious beauty, he orders her to strip down to her underwear, which renders her topless. He then moves in close and very lewdly gropes her ass and tits and even runs his hand between her thighs for good measure. Feeling a tad violated, Riley isn’t too pleased when she’s handcuffed and leg-cuffed as well. Since her complaints continue, the agent ballgags her (as to why he has a ballgag, well let’s assume he’s prepared or something!). He then parades her around, clearly looking to make sure any trapdoors or other access points haven’t been discovered. Then he leaves her alone so that he can go make some calls so as to alert everyone that a (sexy) spy has penetrated their safe-house. She starts clanking away, trying to get free, but the shackles are an impossible thing for her to escape from. A little drool collects around her sexy lips as she ‘mpphs’ into her ballgag. She attempts different positions, possibly just to get comfortable, struggling the whole time. Eventually, her captor returns and reaches out to fondles her as it would seem she is going to be a prisoner for a while! 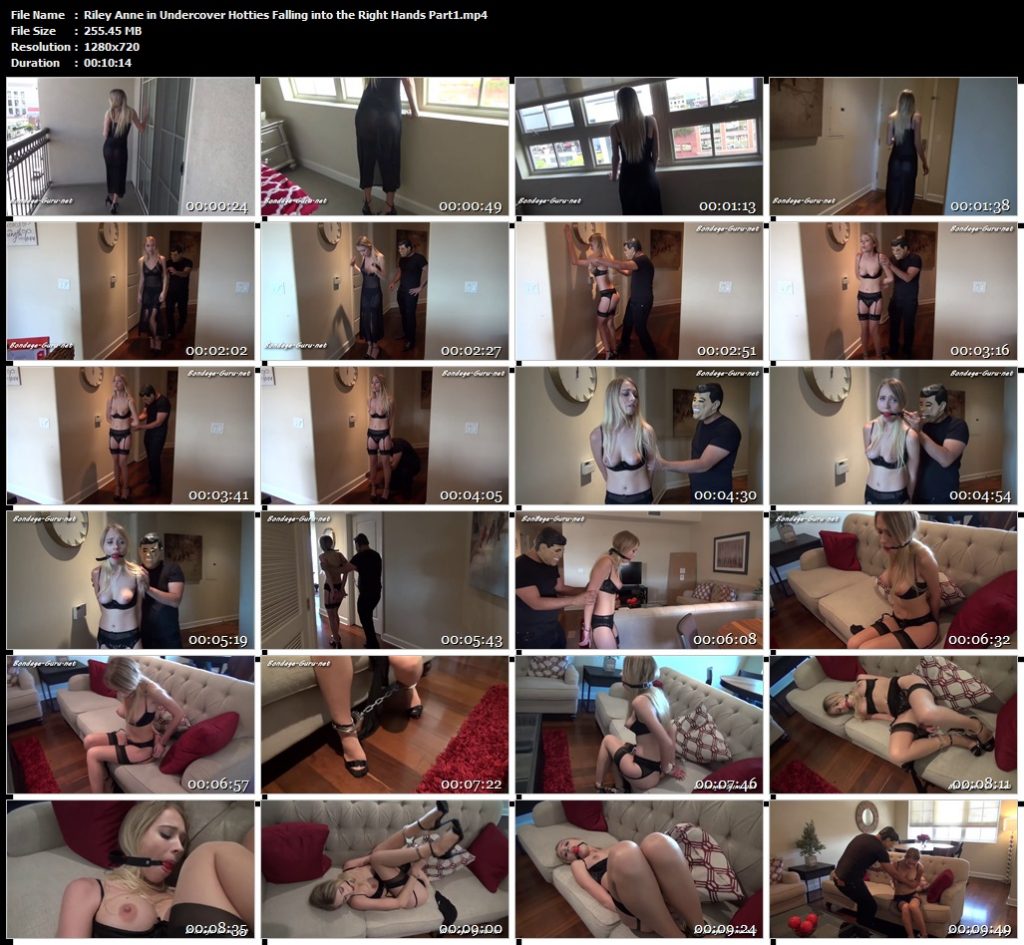