A giant vault door creaks open and in walks big-breasted beautiful Cara Loft, noted archaeologist and adventurer! When we last left her, she was in a state of peril when she fell into the grubby hands of the Scavenger, a supervillain who specializes in the theft of antiquities (he’s what you might call a villain interested in the finer things in life and sometimes a nice cigar!). Looks like our valiant superheroine managed to escape and has tracked down the artifact she herself found until it was taken from her. She’s back to retrieve it so that it can be placed in a museum for all to see. Just as she is about to leave with the Bastet Statuette, the Scavenger runs into her and stops her! He leers at her, cackling over his own good fortune. Forced to back up, she ends back in bondage, struggling next to the Bastet of all things! Turns out the Scavenger has a boss and his plan is to leave the statuette and Cara in the vault until he gets back. Cara is not happy about this and so she naturally complains. The creep then proceeds to handgag her pretty mouth and squeezes her big tits. A tapegag is firmly pressed over her mouth and then he strips her of her top so that she’s topless. More groping and then the Scavenger leaves her to her fate. That is unless she can loosen the ropes and escape! She gets to struggling, writhing and incidentally shaking her huge all-natural breasts. While she tries to free herself we are treated to a very thorough viewing of this hottie in bondage. After many minutes pass, she somehow manages to free herself. Thinking she has very little time, she doesn’t bother removing her tapegag and simply scoops up the statuette and gets the door open and gets out. Looks like she’s won this day, but this is probably not the last time we’ll be seeing Cara Loft, Crypt Seeker! 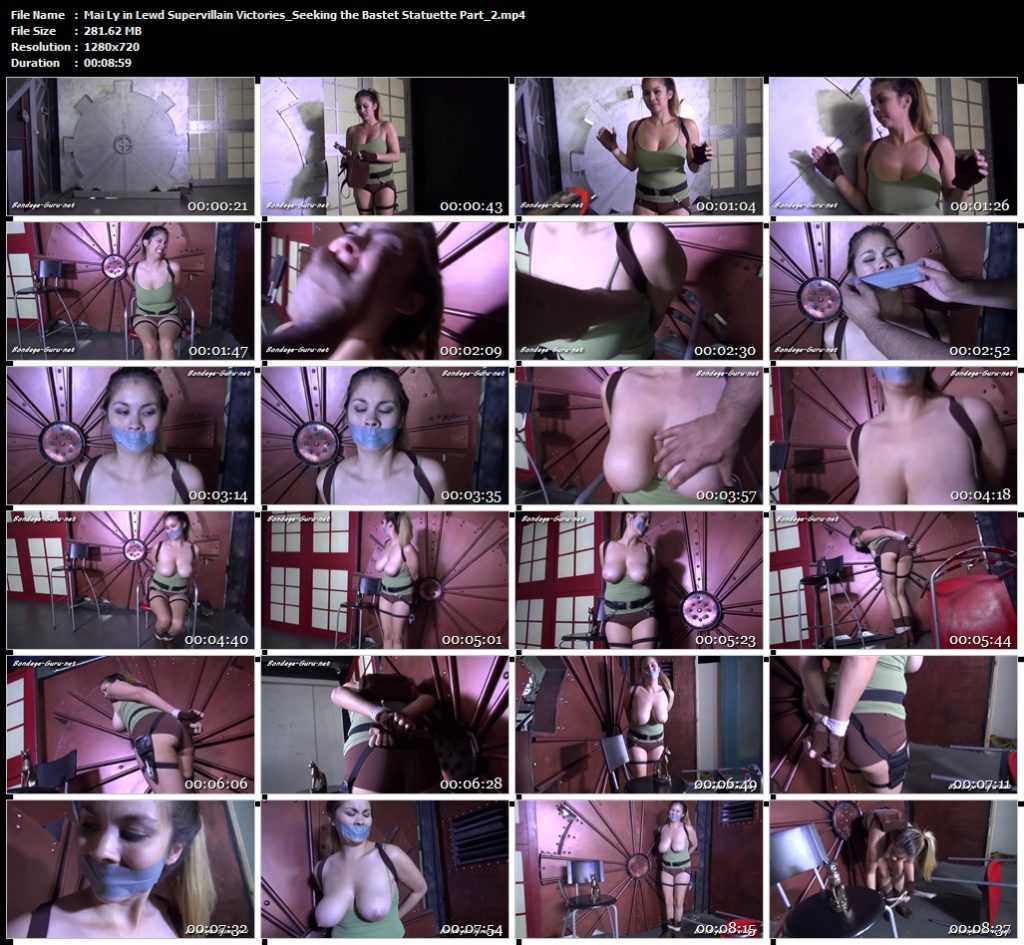