We begin with a hot posterior shot of stunning buxom Audrey in a tight pink short dress as she ascends some steps. She knocks on the door and in comes our resident weirdo who has beckoned her for a home delivery lap dance. Looking around the place looks a bit messy and the guy is clearly an oddball, but she goes ahead. Dance music comes on as she gets into swaying her hips and shaking those money makers of hers. Her dance takes her closer as a lap dance ensues, but her customer gets a bit handsy as she slaps him away a few times warning him to cool it. He’s a bit too turned on and suddenly grabs her, silencing her with a tight handgag. A lengthy fondling and spanking wears her out a bit as he applies handcuffs and then feels her up some more. Then the long process of gagging her takes place he slips her panties off and stuffs her mouth first. Duct tape is then applied over her lips and then she is toyed with some more as her shirt is removed. Wanting to silence her a bit more he double-gags her with a bandage and then tapes it in-place. Another round of groping and then she is wraparound tapegagged with black electrical tape too! So muffled, she is completely subdued as he toys with her a bit before removing the layers of gags except the tapegag. Ordered to resume her dance, she tries to flee and is easily caught and brought back. Another lengthy fondling and spanking session as she gets chastised for trying to escape. ‘Smothered’ into ‘submission’ he decides he’ll need to tie her up to keep her from trying to get away.

He binds her hand and foot, adds a chest harness and then hogties her. Groping her along the way as she is ballgagged when she gets too restive. The villain leaves her while he tends to some sort of evil chores or something. She does her best to free herself (very realistic!), writhing and rolling (and drooling) along the way. The ballgag she manages to remove and some of the ropes, but not the hogtie or ropes around her arms and legs. The villain returns to again chastise, but appears pleased that she failed. After some hand over mouth domination coupled with groping she is ‘smothered’ and ballgagged again. Looks like he will try to train her a bit more in being a bondage submissive willing to dance for him whenever the fancy strikes him! 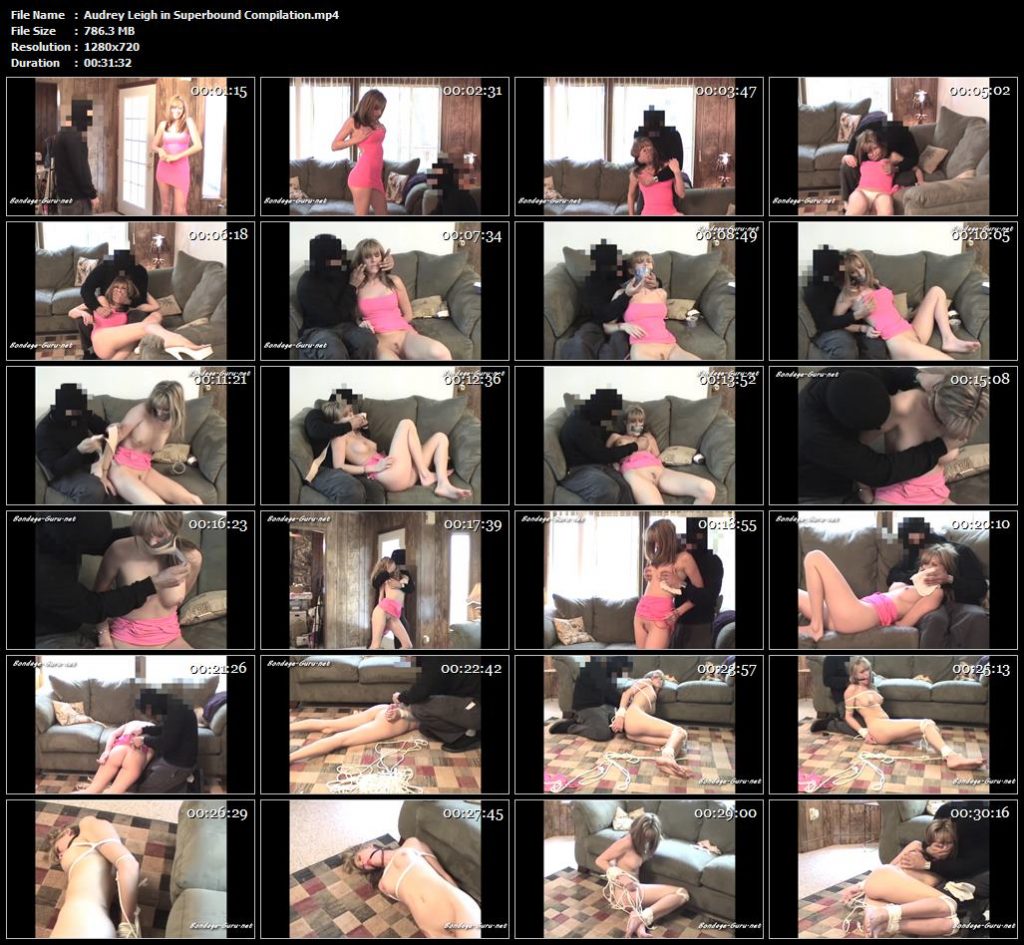