Summer knew better than to take the bet. What were the chances I could flip three heads in a row. If she’d inspected the coin she might have realized my chances were pretty good. Three heads later and she’s nearly naked awaiting her fate. Not thinking she could lose the
terms were loosely defined and up to interpretation. If not for the ballgag in her mouth she might have debated the topic but could only struggle in vain. Two ropes tied to her pigtails making it nearly impossible to struggle. Not that it would have helped her. Unfortunately for her the lack of a TV in the house makes her the only show to watch. I don’t expect I’ll but changing the channel for quite a while. 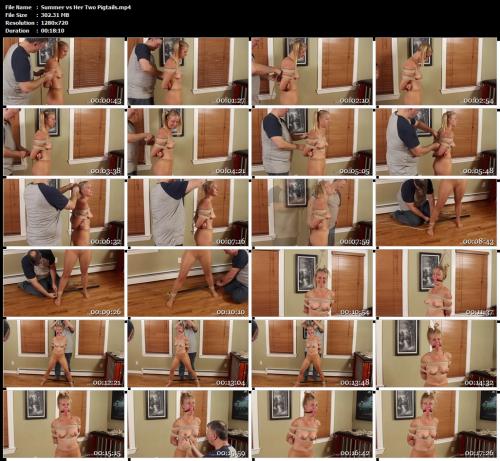 Summer vs. The Job Offer – BondageJunkies

Summer vs. The Conditions – BondageJunkies

Sky vs. Her Conditioning – BondageJunkies Clips