Stuff my mouth and have your way with me! HD – Girl Next Door Bondage

Stacey is struggling bound and gagged on a sofa in the employees lounge of her office. When her cell phone rings, she works her way over to it to see her husband is calling her. She makes no effort to answer it and in fact she seems disturbed that he is calling. Then a man walks in who happens to be Stacey’s boss. He removes her gag and makes her tell him who was calling. When she tells him that is was her husband, he makes her call him back. When she gets her husband back on the line, she makes no effort to tell him that she is tied up. This is because, Stacey and her boss are having an affair and she loves it when he ties her up and plays rough with her. Stacey reminds her husband that she is busy at work and tells him not to call back. The boss then asks Stacey if she remembered what the punishment would be if they were interrupted in this game by calls from home, “You said you would Stuff my mouth and Fuck Me!” She tells him. So, the boss stuffs her mouth with panties and ties a rag extremely tight between her teeth to gag her again. He then brings out more rope and ties her up even tighter and with more rope. Now completely bound and gagged again, Stacey is in very much pain as the rope cuts into her skin. But this has her very turned on and the gag is even better, because it is tied so tight and she is nearly choking on the panties. Then after leaving Stacey to struggle bound, gagged and crotch roped for some time, the boss returns and removes her gag. He tells her that her work day is done and she can go home. But Stacey is very disappointed and tells him that he forgot to pull her panties down and give her what he promised. She also tells him that he better re-stuff and gag her mouth. Because she plans to get very loud. 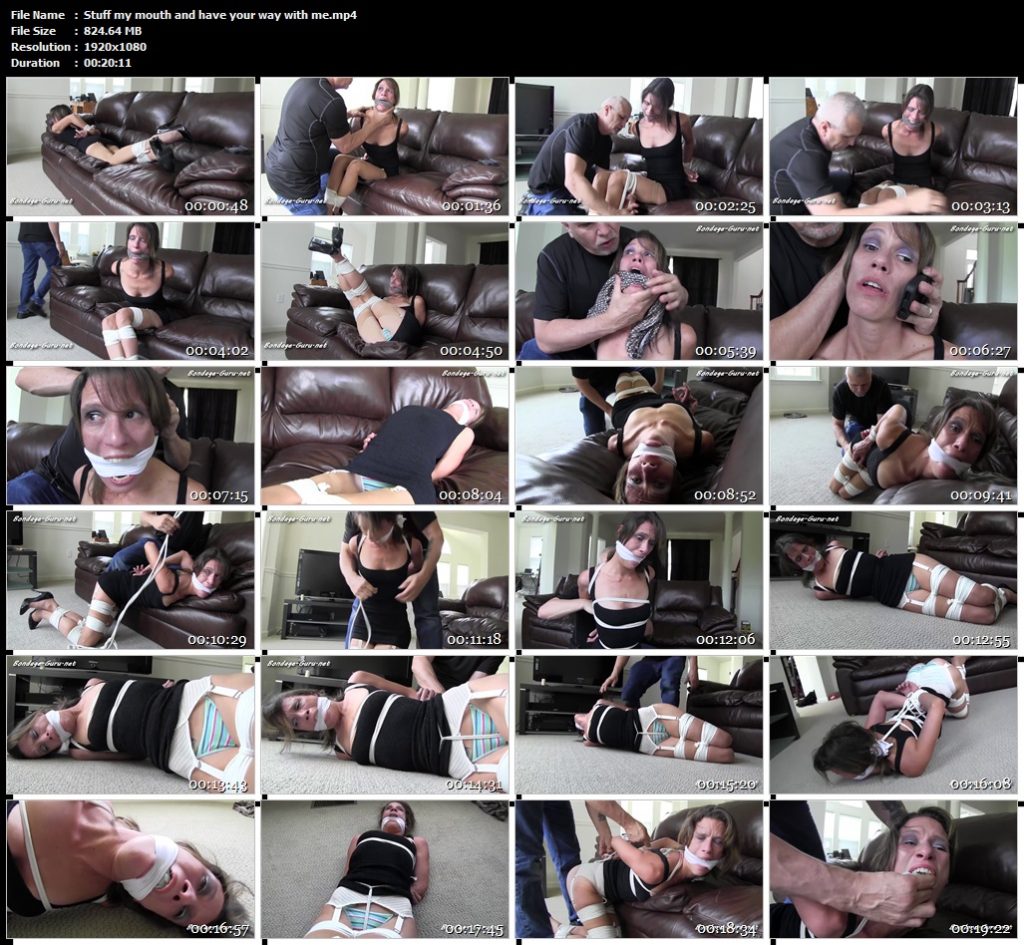 Oh Fuck! You’re not the guy I met on the Internet!

When I refused to stop talking, he stuffed a gag in my mouth! – Girl Next Door Bondage