Against his better judgement, he brought his step daughter Annabelle on a business trip with him. It seems Annabelle is a bit slutty and is always getting herself in trouble. And, sure enough, she messed up again today. He came back to his hotel room to catch her having sex with some guys she met at the bar. He had warned Annabelle that if she didn’t behave she would be punished. He also had things to do tonight and wanted to make sure that she would stay out of trouble. So to punish her and solve a problem of keeping her from messing up again, he tied her up, Then as a real punishment, he stuffed her mouth with the panties she was wearing and packed them securely in with tape. Anna grunted and whimpered as she tried to protest through the very tight gag. When left alone she struggled to get loose. All of a sudden the telephone rang. Believing it was her mother, she tried to work her way over to it, so she could answer and let her mom know what was going on, she started working her way over to the phone. She knew her mother would not approve of this treatment. But her step father came out and grabbed her before she could get to the phone. It was now time for him to leave, so after he pulled her blouse open, he used rope to tie Annabelle’s arms behind her back. He then left her hogtied with on the floor with her skirt up. This was very embarrassing since the panties she had been wearing were now stuffed and taped in her mouth. 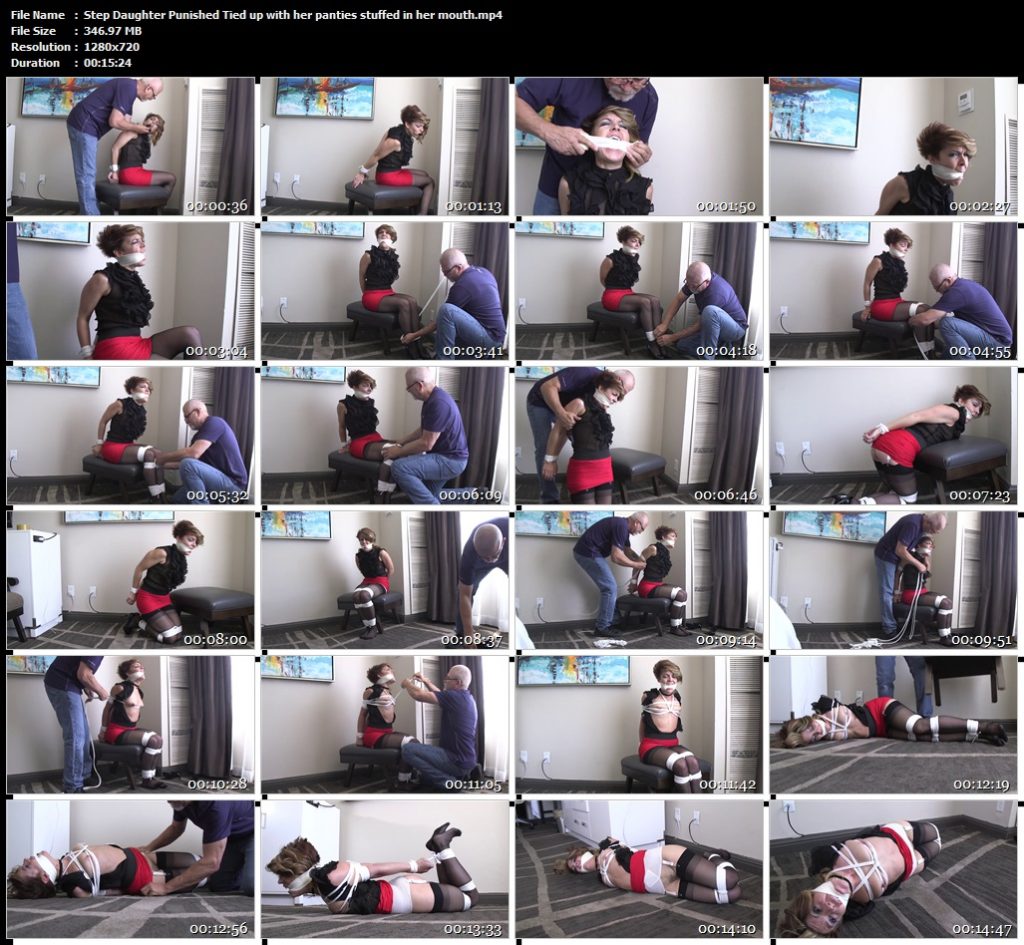