With her glowing resume and references. I knew Stella would be perfect for the job. Still, a proper interview is the only way to be certain. While initially she was a bit apprehensive about the idea of cleaning while in bondage, she soon warmed to the idea. Having never been tied up before, she didn’t know what to expect. To put her at ease, Stella started with a pair of legcuffs and rope bondage. Once secure, a ballgag was added to keep her focused on the job at hand. Until this point she took everything pretty well; at least until the window opened. While cleaning windows would normally be a simple task, doing so while elbows and fingers are tied is another matter. Being bound and gagged in an open window didn’t help matters either. With only 20 or so windows to clean before she’d be released, I was sure she’d get used to it. 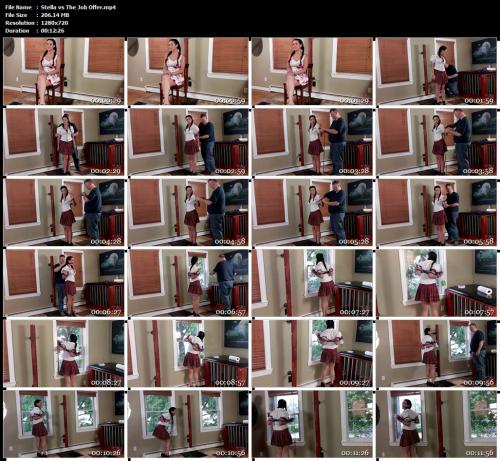