Chrissy was late one too many times and her boss had just had it with her. He was just going to fire her but she begged him for any alternative to keep her job, so she instead received a severe spanking and caning punishment in part one, leaving her ass hot and red with welts from from the cane. By the end of her dicipline he is sure she has learned her lesson and will never be late again, but he has one more idea in mind for Chrissy so that she will surely be on time tomorrow morning! She is still humiliated and exposed, wearing nothing but her wrist watch and drying the tears from her eyes when he surprises her with a heavy set of metal handcuffs and leg shackles and she insists she has really learned this time and begs him not to put them on her! However she ultimately must agree to be bound and cleave gagged in fear of him spanking her more instead. He tells her he is going to leave her there all night and she starts to panic as he closes the door and she realizes there is no escape! He didn’t leave the keys and no one will be back in the office until the morning! She struggles hard in her cuffs shackles as the chains clink together and rub against her sore bottom, rolling around hogcuffed on the rough ground and trying to find any way out of her predicament while mmpphhing and gag talking to herself in distress! In the end she ultimately realizes it’s a helpless effort and she is stuck there naked, bound and gagged until her boss returns in the morning! 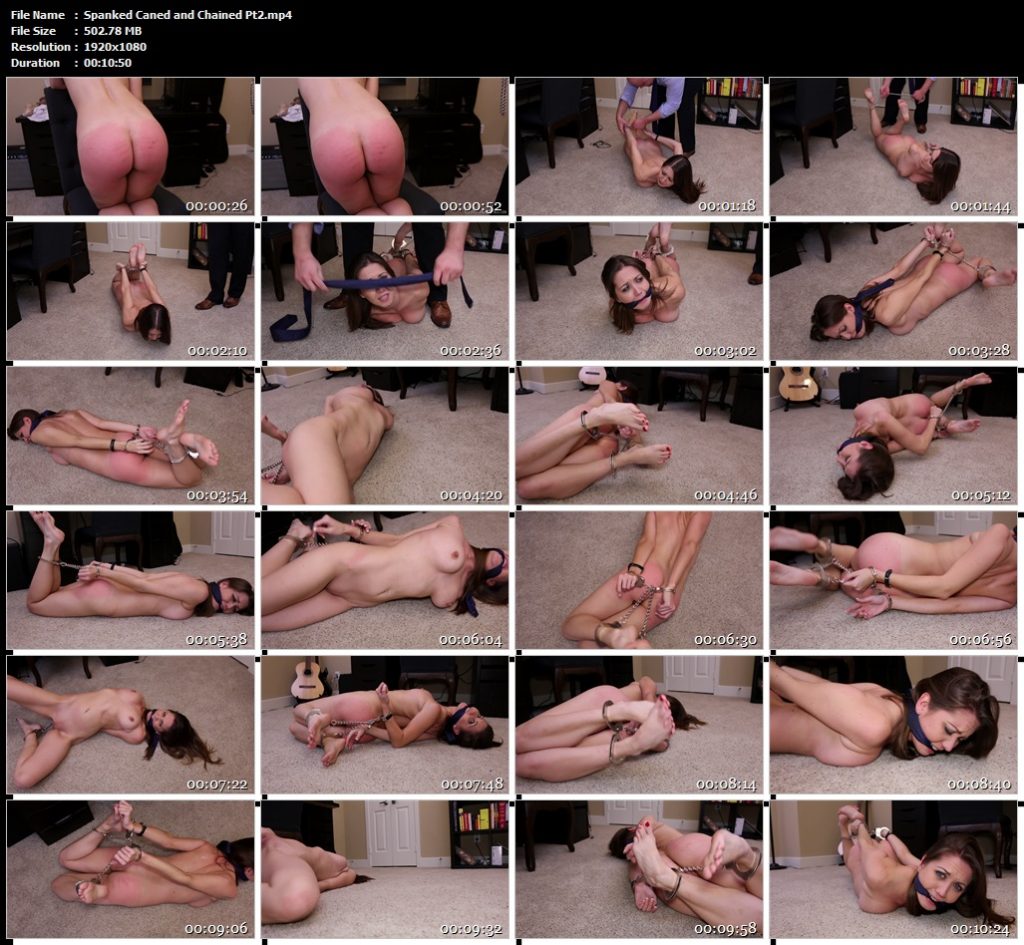