Chrissy caught her step father fucking the neighbor with her all tied up. She threatens to tell her mom that he is cheating on her. He tells Chrissy that he doesn’t really care because her mom is also cheating on him. Then Chrissy tells him that seeing what he was doing to the neighbor kinda turned her on. She tells him that if he ties her up too she will not say anything to anyone about it. He hesitates but eventually agrees however he asks if she’s going to get tied up in that. Chrissy suggests that she could put on some of her mom’s sexy vintage lingerie that she knows he likes. A short time later, Chrissy finds herself tied up in her mother’s sheer bra and girdle. So far she is enjoying herself but when he stuffs panties in her mouth and tops it off with a huge ball gag she doesn’t like it very much anymore. He ties her elbows together and adds more rope around her breasts then leaves her to struggle however the gag is making it hard for her to breath. He thought she wanted this so he takes the gag off to see what’s wrong. Chrissy begs her step father to untie her but he just tells her “too late” and puts another gag in her mouth. Chrissy tries to protest but he wraps tape around her head to seal the gag in. He leaves her struggling helplessly bound and gagged on the living room floor. Chrissy really thought she would like being tied up, but it turns out she was wrong! 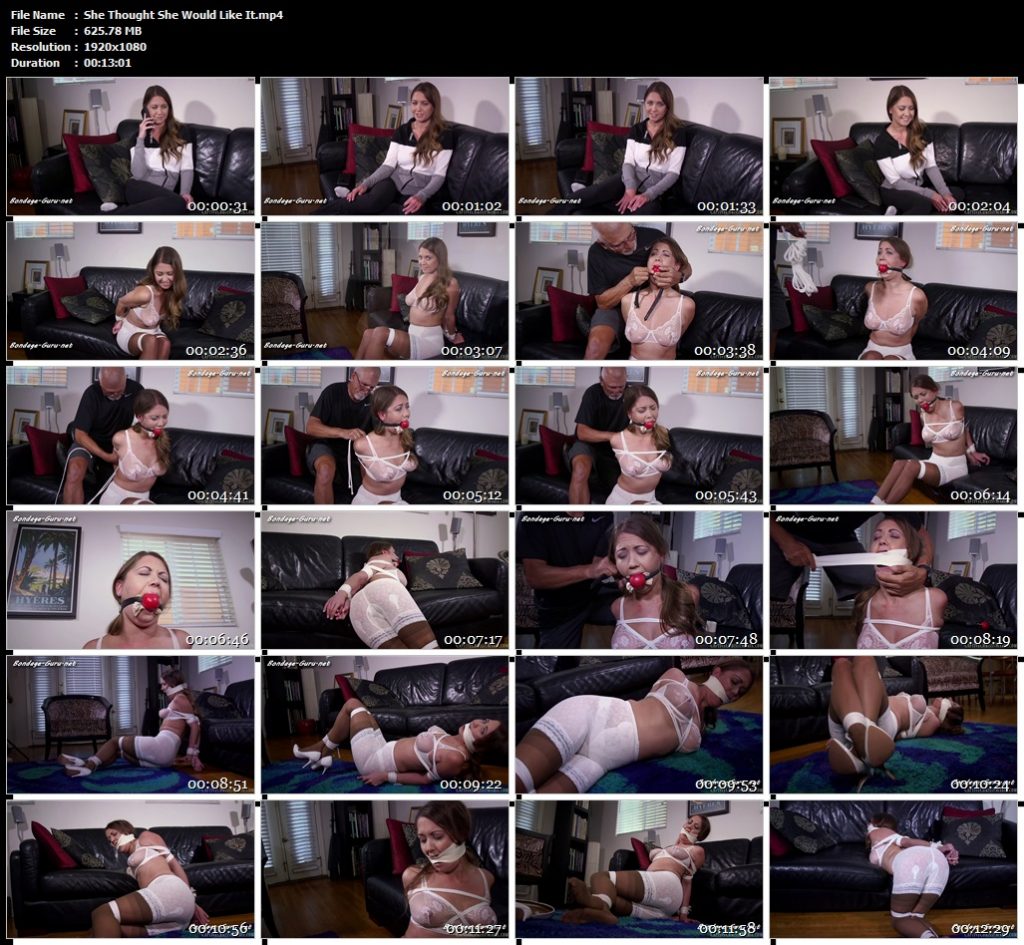