As hot and sexy as she was, Sahrye was very lonely and had not been laid in a long time. Tonight she was prepared to go out with this guy she met and she was more than ready to put out on this, their third date. That was until some man broke into her house and grabbed her. More angry than scared, all Sahrye could do was sit there and let him tie her up. You would think she would be more concerned for her safety, but Sahrye was very horny and all she could think about, was missing out on her date. As the man tied her ankles, Sahrye could not help but notice that this feeling of being made helpless started to excite her. Then she got an idea. Just as the man was about to gag her, Sahrye asked him to let her say something first. She told him that her doctor gave her something to take everyday and if she didn’t, bad things could happen to her. So she asked the man to let her take this stuff. But this stuff was not something a doctor gave her at all. It was something a girl friend gave her to make her desire more sex. After the man gave it to her, Sahrye’s eyes began rolling up into the back of her head and she started to convulse violently. The man worried that bad things were happening to her and he really started to panic. Then all of a sudden, she calmed down and looked up at him with a big smile. “Hurry up! Tie me up! And make it tight!” she said. Then she started going after him the best she could for being tied like she was. She began telling him all the naughty things she wanted him to do to her. She told him that because of him, she was missing out on a date and one way or another, she was getting fucked by someone. She went on to tell him to hurry up and finish robbing her so he could come back and take care of her. The man could see that Sahrye had lost complete control as she continued to go after him. Her moans were very loud and as he finished tying her up, Sahrye went out of her way to rub up against him. Finally to quiet her down, the man stuffed her mouth and tied a rag between her teeth to gag her. This is when Sahrye really lost it and had an orgasm. The man began to feel like her was actually Sahrye prisoner rather than her being his. He had to tie her down really good and tight just to keep her off of him. But being the good guy he was, sometime during the course of the his visit, he did come back to take care of Sahrye’s needs before he made his get away. He left her crotch roped and hogtied. This suited Sahrye just fine as she used to rope tied between her legs to get herself off several more times before she was rescued. 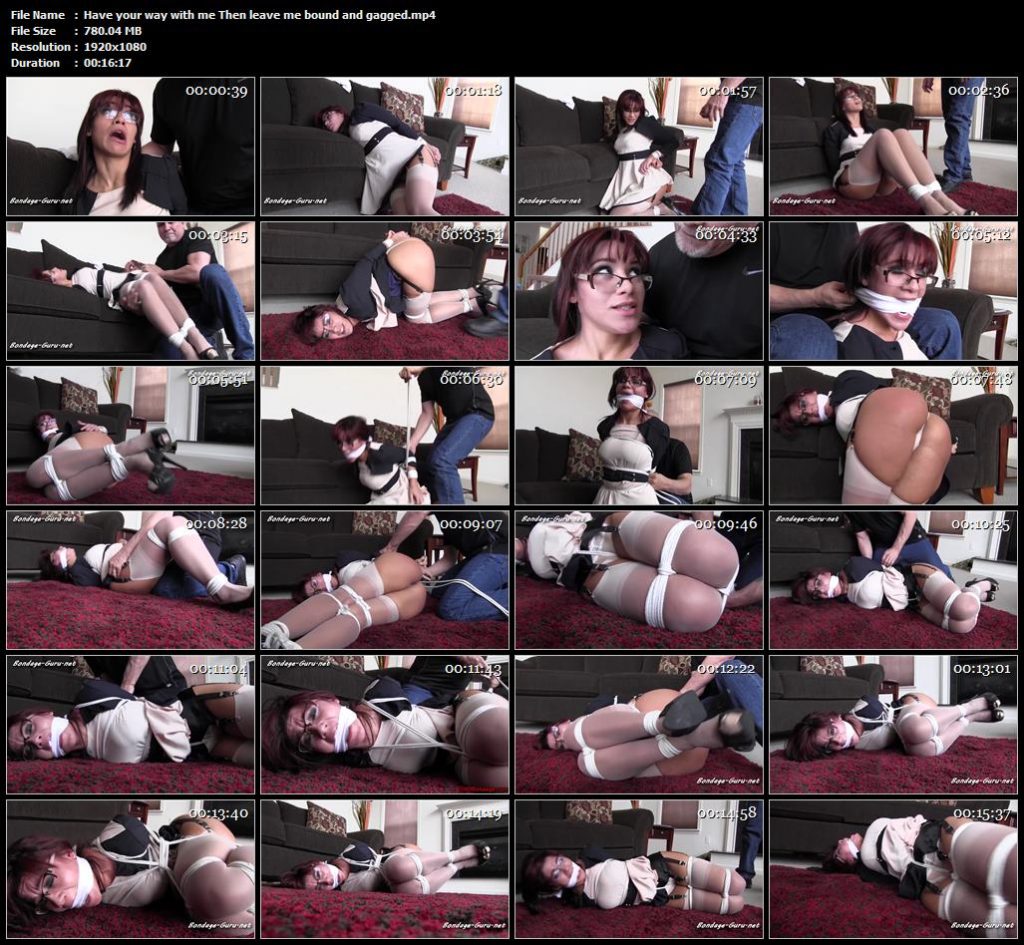