Juliette does her workout like every morning. But today a man watches her from his car. She runs along the road and the car passes her but Juliette doesn’t see the man. After a while the man takes his chance. He stops the car in front of Juliette and she is very surprised and she is not fast enough. The man pushes her in the trunk and cuffs her wrists and ankles and drives away. 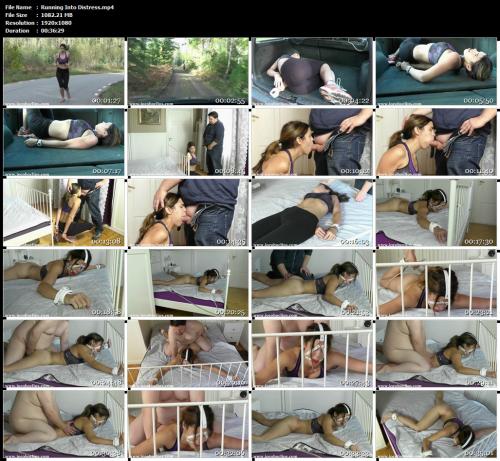 Latexgirl Tied And Fucked – Juliette Captured And In Distress [JoCoBoClips]