I’m sitting on the couch playing video games when my roommate walks in the door. I had been wondering where he has been, he is usually home hours earlier. He starts telling me about this class he has been taking, something about bondage and tying people up. He seems pretty excited about it, so I go along with it. He mentions that he needs to practice some more before his next class, and asks if I would help him. After asking a few questions and hesitating a bit, I agree, as long as it doesn’t take too long. He starts tying me up with rope, and it’s a little snug, but surprisingly not bad. He finishes by asking me the gag they gave to him at the class, which I though was a bit strange, but I again agreed since I knew it was almost over anyway. Unfortunately I was wrong in that sense. When I ask him to untie me, he starts to act strange and then says he’s not going to! Then he starts getting creepy and pulls up my top and down my jeans to expose my bra and thong! I would have never expected my roommate to do something like this! He leaves me there all tied up and gagged and I panic as I have no way to escape! I struggle around on the floor and try to loosen my ropes before he returns! 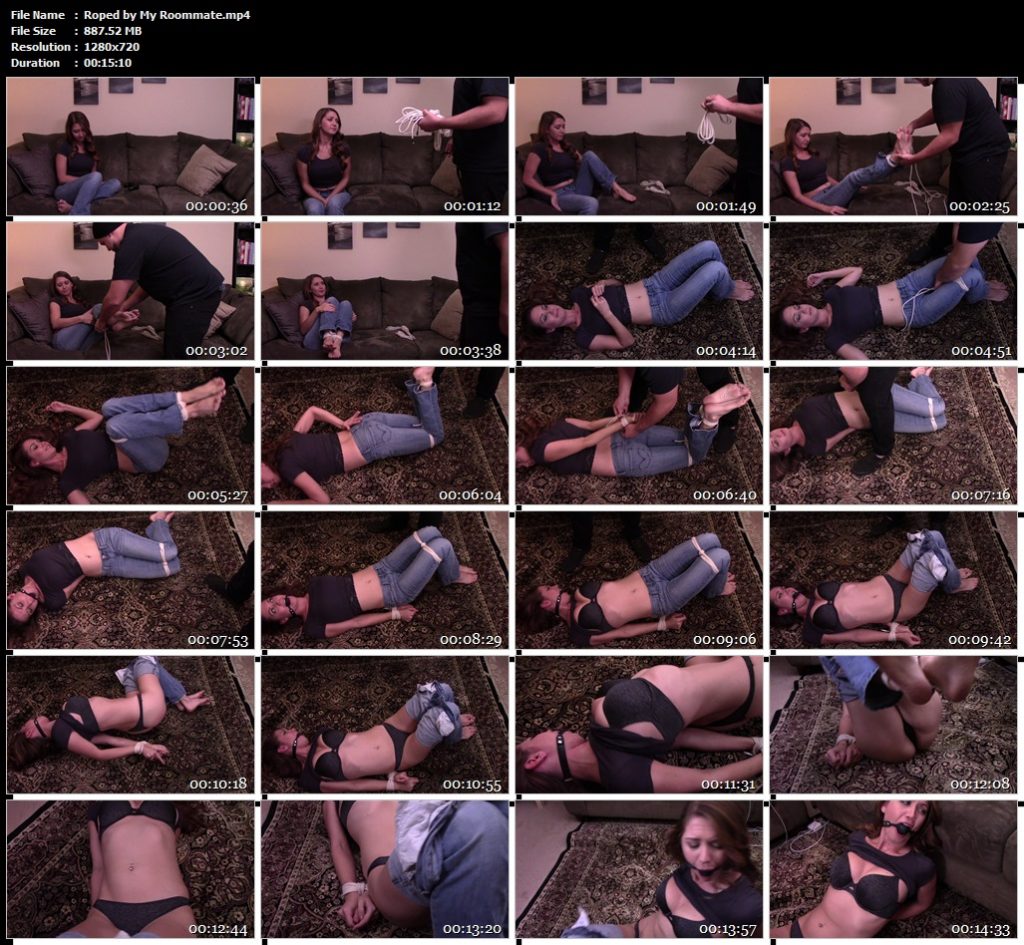