When Raven’s co worker asked her out she was leery about it. He was such a nice guy she didn’t know what to think. The more she thought about the more she regretted not going. The next day she takes him up on the offer. They went out to dinner and had a nice conversation about there situation. As the evening went on Raven was really into him. He seen this and took in the possibilities. Raven wanted one more drink before they left. He say’s sure let me get it for you. Raven had went to the bathroom when the drinks arrived. Producing a special powder that altered her discussions he dissolves into her drink. With in minutes she was his. Once back at his house so she thought is when her regret soon turned to fear. As the powder wore off the true meaning of fear sets in. 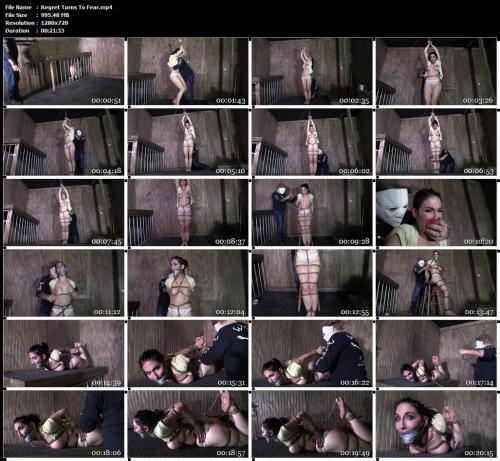 If They Would Have Only Gave Him The Loan – Raven Eve, Brenda Bound – Brendas Bound Bondage Addictions

She Should Have Made Lunch – Raven Eve – Brendas Bound Bondage Addictions

Raven Eve – She Wanted to be a Model – BondageDownSouth