The world had gone mad. Disease was rampant, and an evil scientist was convinced that only a serum made from superior genetic samples could cure the outbreak. After careful study, he set his sights on Raven Eve as a perfect donor, unenthusiastic or not! He caught the busty beauty by surprise as she was doing her laundry one evening, and with a few quick moves, rendered the beauty powerless. When she awoke, she found she had been stripped nude and wrapped tightly in a special cocoon of unbreakable materials! Her huge tits and delicious feet were free from the encasement, but the remainder of her body was trapped in this strange prison. As she struggled to escape, her fear and panic began to build, just as the “doctor” has planned! It seemed that when in heightened stages of distress, women produced a special enzyme that the “doctor” believed would be instrumental in the creation of his elixir. However, he could not be distracted from his work by her chatter, so he sealed her mouth shut with a special adhesive, rendering her incapable of making nothing more than muffled, garbled groans of terror. Now frantic to escape, she began to struggle as though her life depended on it, to no avail. The time had come for the “doctor” to make his extraction, and as the needle approached, Raven’s composure broke, and her mind failed her. When she regained her senses, she’d realize her ordeal was just beginning! 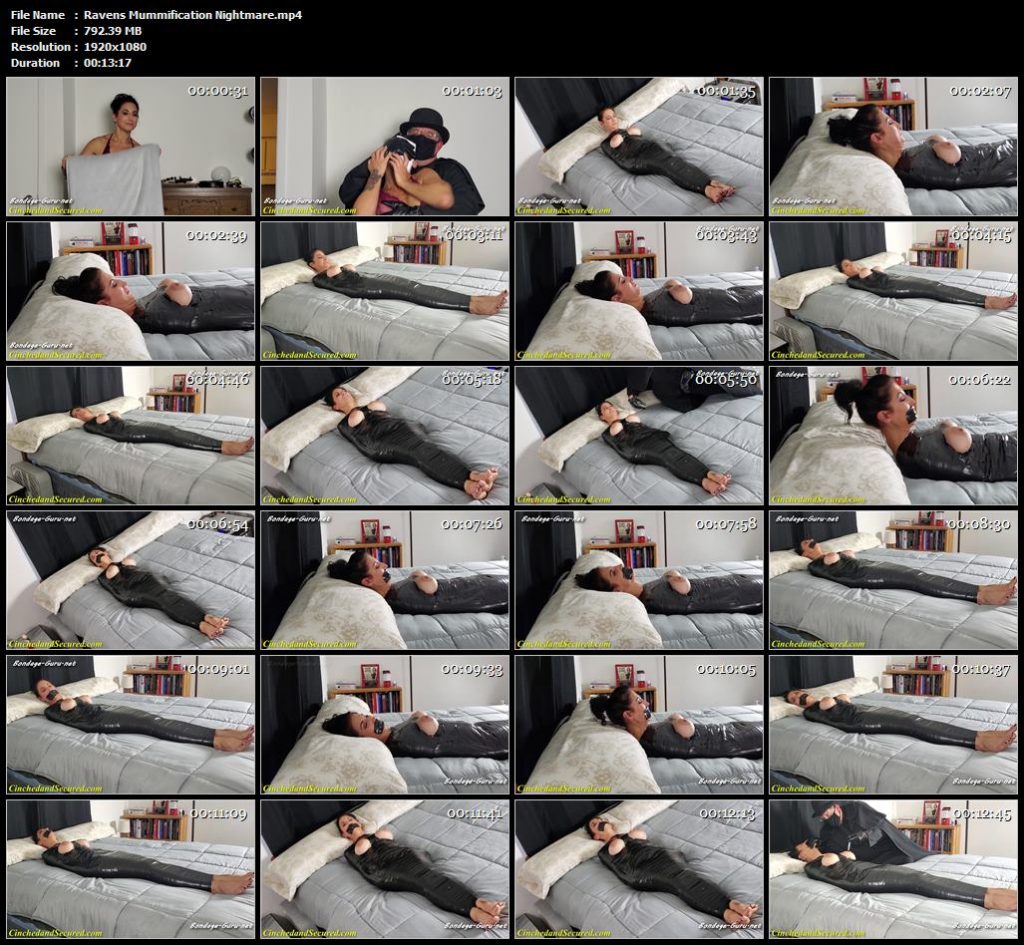