Buxom blond Randy is a slaver who deals with some shady characters and one of them drops in on her uninvited as she calmly denies him the additional women he wants. She gets out her weapon, but finds that it won’t fire (either he took out the bullets or she’s very incompetent!). He grabs her as she flails in the air trying to get free. He roughly fondles her all over her luscious body and then drags her off. Later, we see her tied up pretty tightly as the man snips off her panties and stuffs them in her mouth and wraps tape over her mouth and around her head a few times to keep her quiet. He continues to fondle her and spank and grope her nice ass. He also pulls out a noose and puts it around her neck and drags the rope between her legs and then walks her out. He leads her around with his leash as she hobbles along (her feet are tied apart, but her knees are also tied so she can move, but only barely!). He humiliates her further by making her grovel at his feet and then pulls her into the narrow hallway to keep her struggles to a minimum as he gropes her some more before leading her off for more demented punishment. 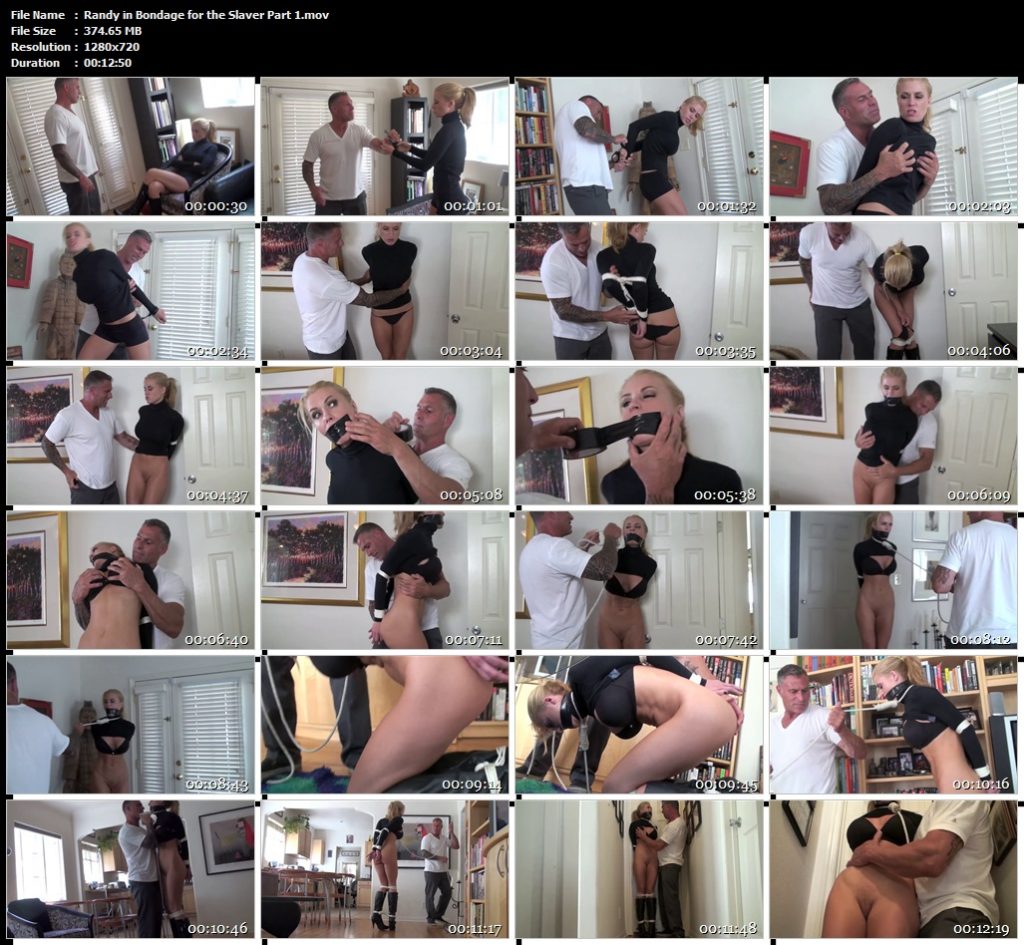