He was house sitting while some old family friends of his parents were out of the country on vacation. So he could have some company, he brought along his friend Pepper Sterling. The video begins with the man watching TV. As he turns it off, Pepper walks into the room. He is caught off guard when she is dressed in only a girdle, stockings and high heels. “What are you doing dressed like that, Pepper!” he demands to know. She tells him that she was looking through the lady of house’s closet and found all kinds of neat things to wear. She to play dress up. He tells her to get back upstairs and change back in to her own clothes. A few minutes later, she returns still dressed in the girdle. Now she has a gym bag full of rope and other bondage type things that she found in the same closet. Now she has the man’s interest. He has Pepper sit down so he can strap a head harness gag in her mouth. The ball is very big and packs her mouth full. When he tightens the straps, Pepper becomes uncomfortable and tries to get it off. But the man also finds rope in the gym back and uses it to tie Pepper up.Now bound and gagged, Pepper struggles tying to get loose. She tries to tell the man to untie her, but the only sounds she can make are muffled whimpers. The gag also makes her drool. Using more rope, the man finishes tying her up good and tight. This includes tying a tight crotch rope up between her legs. Then after pulling Pepper’s big tits out of the bra part of the girdle, he puts her face down on the floor and hogties her.Can can hardly move at all. But the man is not finished with her. He finds a leather blind fold in the bag and uses it to cover Pepper’s eyes. 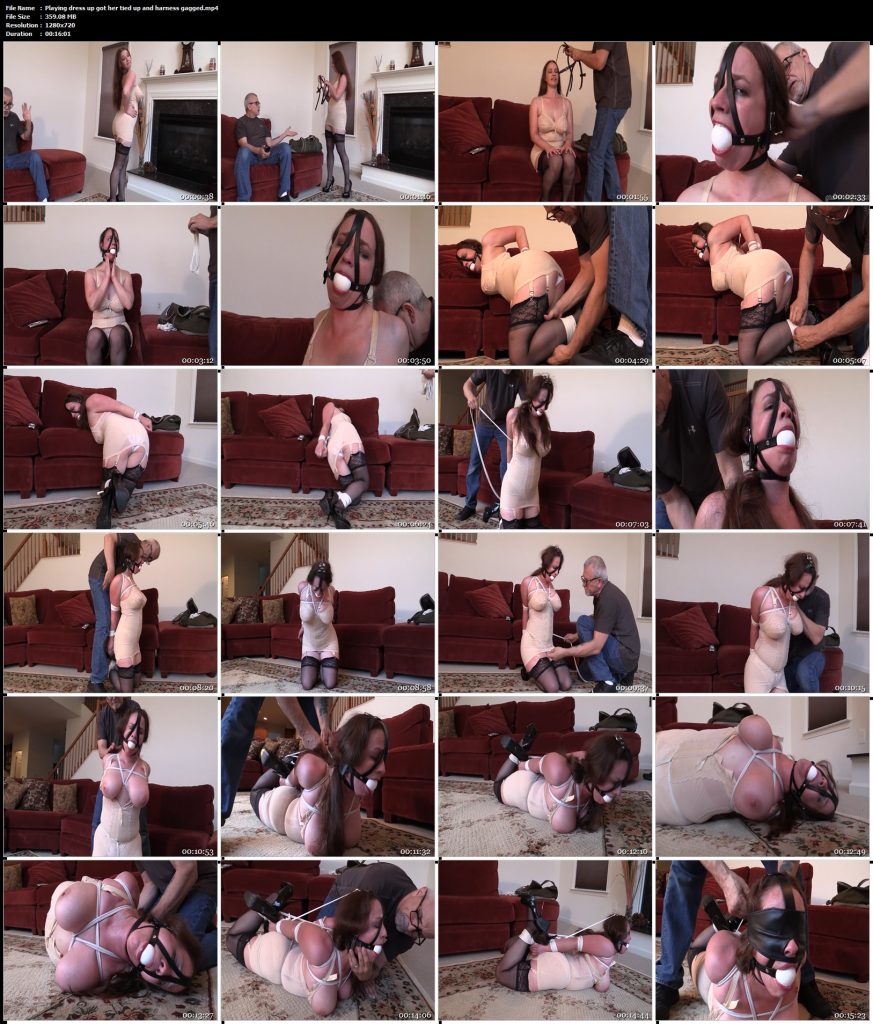