When he caught Sahrye hiding in his basement, he thought she was there to rip him off. But when she told him that she was a run away and only looking for a place to hide out, he couldn’t be happier. This is because he had business partners looking for girls like Sahrye and since she was a run away, he figured no one would be looking too hard for her. When he grabbed her and started to tie her up with plastic zip ties, Sahrye tried to put up a fight. She also tried to scream for help. But once he had her trussed up tight, the man stuffed her mouth and then taped her up to gag her. Sahrye gave it all she had to get loose. But the zip ties very tight tight and the harder she struggled, the deeper they cut into her soft skin. Sahrye could only lay there and listen as the man made arrangements to sell her off to the highest bidder. Then at one point the man stripped her down to her pantyhose and panties. He also pulled her bra down so he could send pictures and give his buyers a better view of what they were getting. 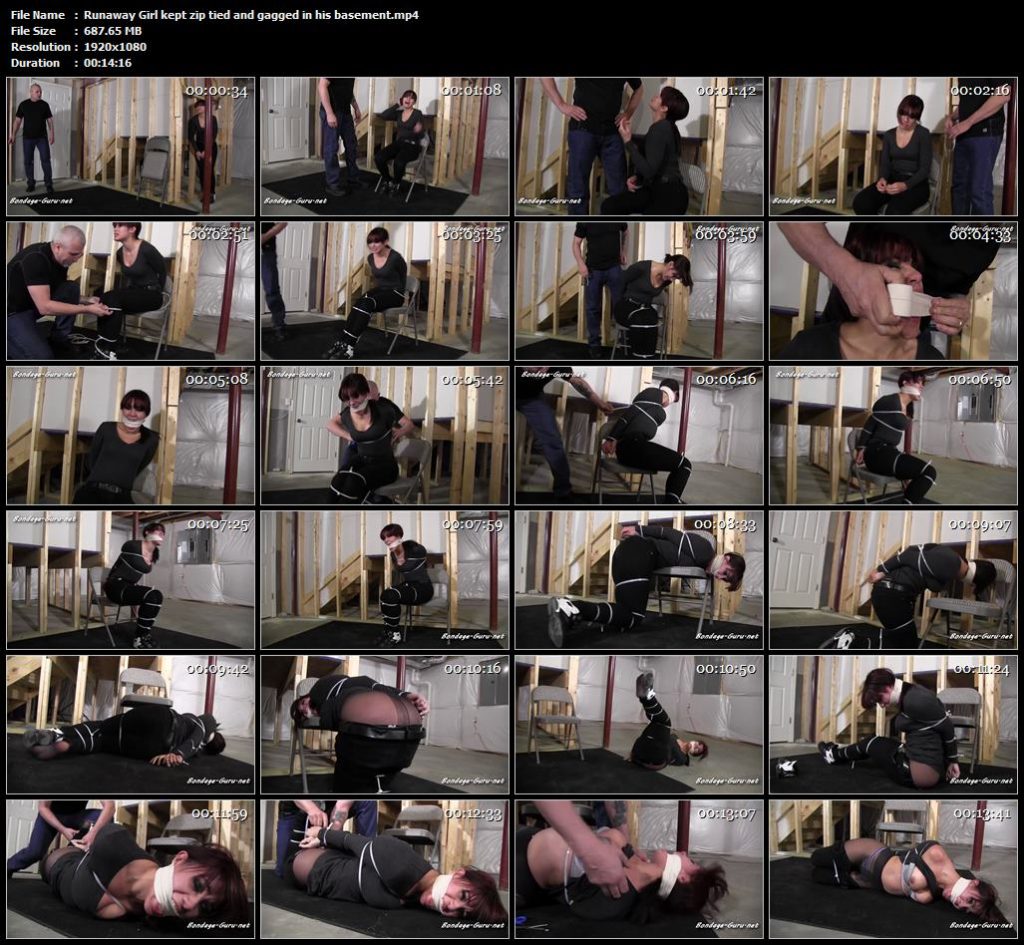