Sahrye finds her neighbor’s front door wide open and when she goes inside, the place is ransacked. But instead of believing something is wrong, she goes inside looking for her neighbor, Pepper Sterling. The video begins with Sahrye walking down into the basement. When she hears a muffled sound on the other side of a door, she believes it is Mrs Sterling. But because of the sounds she is hearing, Sahrye believes she is having sex with a man. The excites Sahrye and she cannot resist opening the door so she can get a peek. That is when she sees Pepper on a chair bound and gagged. When she goes inside and tries to untie her, a man comes in. When Sahrye asks him why he has her neighbor tied up, the man comes up with some story that he and Pepper are actors and practicing for a movie role. Most people would not believe a story like that, but Sahrye is a little bit slow. In fact she is pretty much a cute little bimbo. So believing the man’s story, Sahrye gets very excited. Then the man tells her that they need another actress to make this scene work better. Sahrye is now very happy and starts to jump up and down as she asks if she can play the role of the second girl. In the mean time, Pepper is trying to tell Sahrye that the man is really a bad guy and for to run off and get help. So with Pepper looking on, the man ties up and gags Sahrye right next to her. He then leaves both girls alone with Pepper struggling bound and gagged to get loose and Sahrye pretending to struggle to get loose. Later the man returns and puts both girls on the floor so he can hogtie them. Even after the man pulls Peppers blouse open to expose her bra, Sahrye still doesn’t catch on that this is really life bad guy here to do bad things to Pepper. In fact she get even more excited when the man does the same thing to her. Finally the bad guy makes his get away, leaving the girls struggling bound and gagged on the floor. Much later, after the man has not returned to finish acting out the scene, Sahrye starts to figure out that things are not what she thought they were. But even later, when they are rescued by the authorities, she thinks at first that they might also be actors sent by the man who tied her up with Pepper. 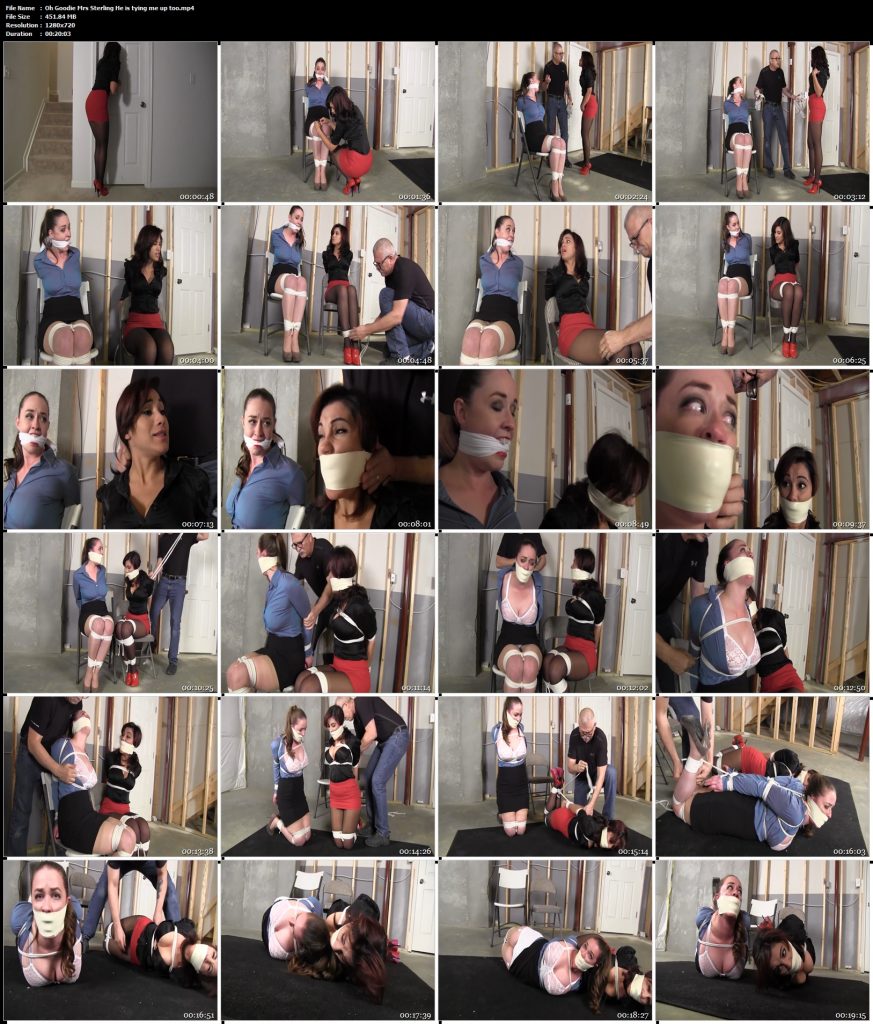