Nyxon is tied down to the bed, spread eagle with each of her arms tied above her, and her ponytail secured to the bed as well. There’s an invasive crotch rope tied to her from the ceiling above her, and she’s barefoot & wearing a bikini. A man walks over to her & starts to tickle her ribs & armpits, and Nyxon laughs & giggles. He slowly works his way down to her bare belly, inner thighs, and then down to her bare feet. Nyxon struggles & laughs, and begs the man to stop tickling her, but he doesn’t let up. He grabs her crotch rope & teases her with it for a bit, and her laughter turns to moaning. He edges her a bit, and just as Nyxon is starting to really get into it, he lets go of the crotch rope & goes back to tickling her. He tickles her ribs, armpits & feet for a while longer before going back to her inner thighs. Next, he removes her bikini so that she is completely nude. He grabs onto the crotch rope once again & really star ts to edge Nyxon with it. She points her toes & moans in pleasure as he works her sweet spot with his hands & the rope, and just as she’s about to explode into orgasm, he abruptly removes his hands & tickles her belly. Nyxon laughs & laughs through her frustration, and again he goes back to working her pussy with the crotch rope & his hands, building her up to climax. Just as she’s about to orgasm, he once again abruptly stops & tickles her some more. He teases her for just a bit longer before walking away leaving her completely frustrated. 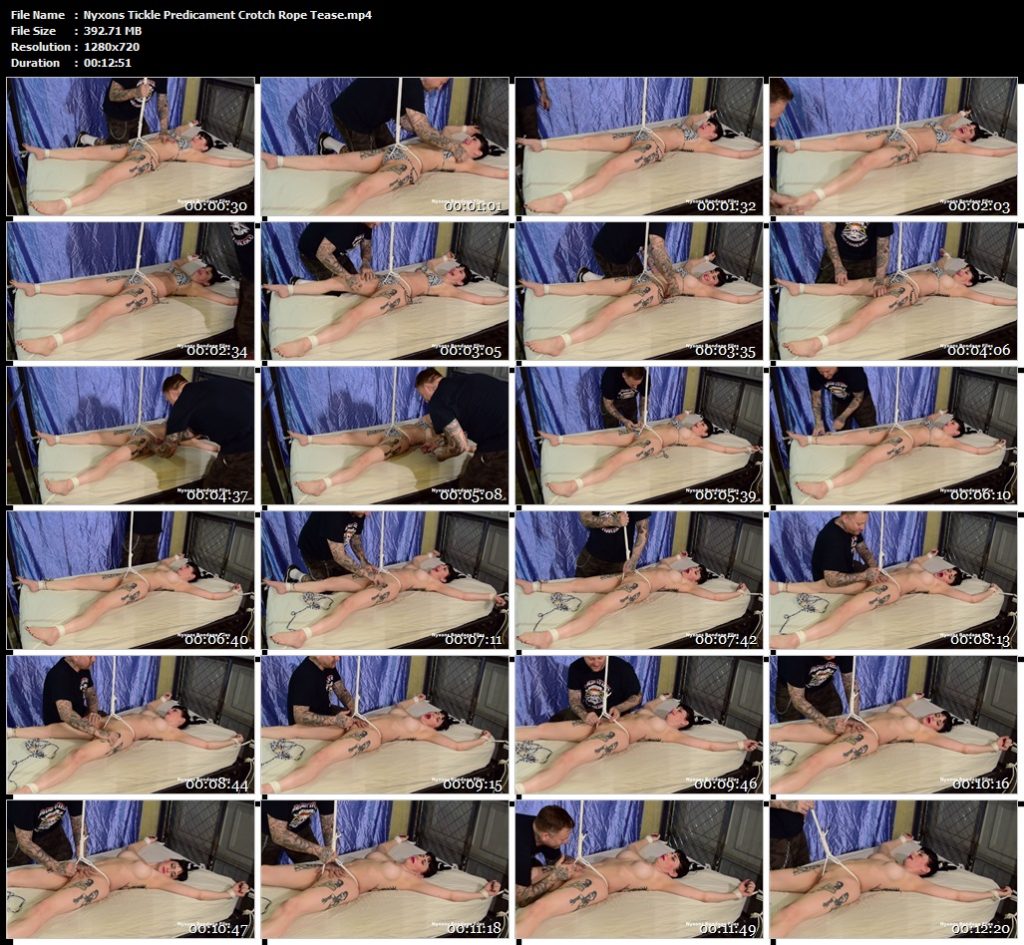