The next scene opens up with Terra hogtied tightly on the metal rack, squirming around & screaming. Nyxon finds a ballgag on the floor, and places it in Terra’s mouth to muffle her sounds. She starts explaining to Terra that she’s going to be getting her money back when the previous homeowner walks into the garage. He explains to the two girls that he was coming to pick up what he left behind, but since Nyxon has made such good use out of his things, he’s decided to have a little fun with the two of them. He grabs Nyxon & throws her into an extremely tight hogtie, then gags her with a ballgag. Nyxon loudly protests, but the guy doesn’t care. He opens up her blouse, revealing her huge tits. He gropes her for a minute, then pulls both of the girls’ skirts exposing their panties. The clip ends with the girls struggling on the bed & begging to be let go. 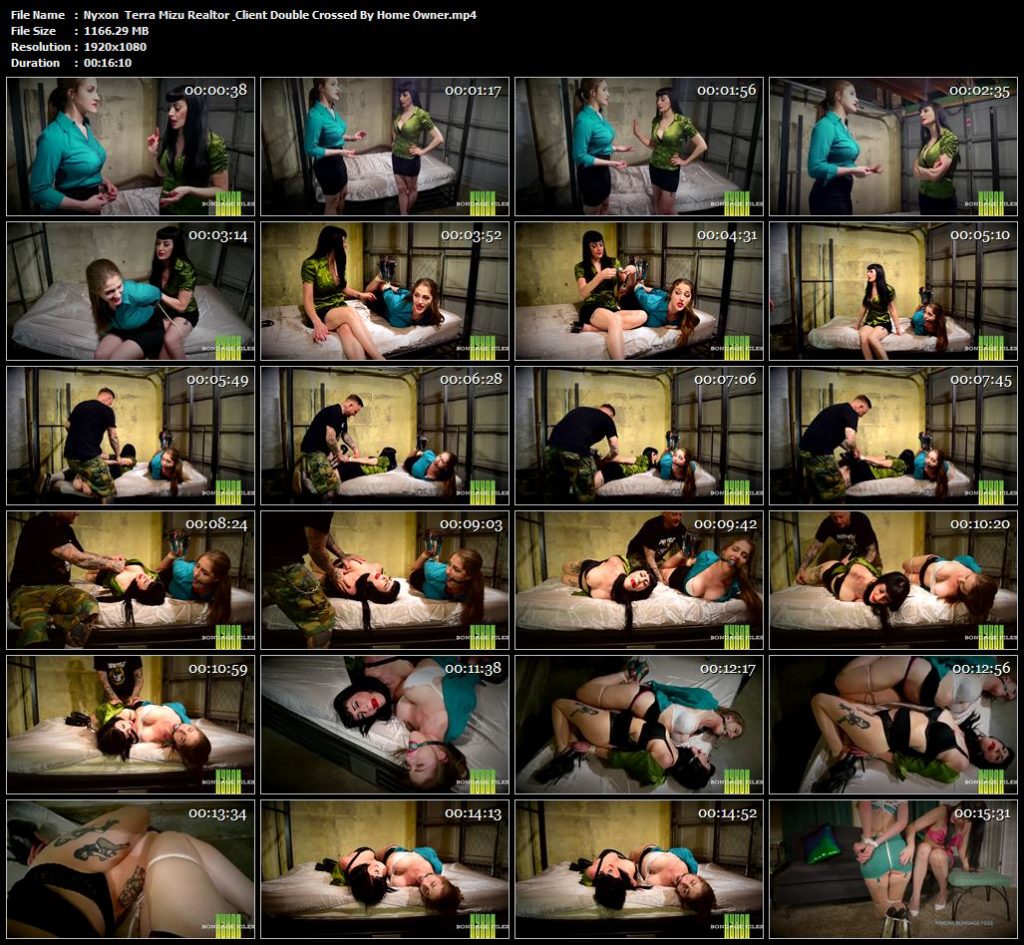