He heard a rumor that Riley his secretary was into bondage and loved being tied up very tight. When he asked her about it, she denied it. But this had him very curious and if she wanted to keep her job, she had to prove this rumor was false. So, she agreed to let him tie her up to prove nothing would happen. Of course, Riley knew it was no rumor. Being tied up got her very turned on. But she was sure she could control it. That turned out to be wrong. Because shortly after he had her trussed up, she became very horny. Then he gagged her and she lost control. Soon she was trying to beg him through the gag to fuck her. And then he crotch roped her. After that, it didn’t take long for her to have her first of many bound orgasms. The good news was, this was going to get her a good promotion and raise. 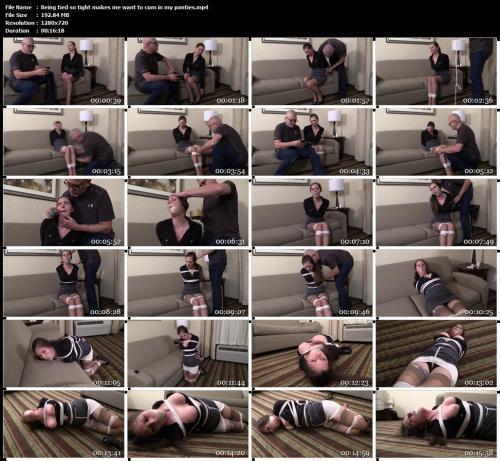 Sister Madalynn kept bound and gagged in the church basement