Beautiful busty Nina works for a company that is going into bankruptcy and she’s sent to take stock of some assets in a warehouse. The building stores various objects and lots and lots of files, which she is charged with checking. Someone else is in the building as well and this person watches her from around the corner. Once she passes by, the watcher is revealed to be a masked man who handgags her and quickly takes charge of her. Cowed by the strong dominating hands, she surrenders and feigns ignorance when the masked man asks about some files. Even though her company is going under, she has no idea why, but the masked man is clearly aware of some illegal activity and wants the files to prove it. Needing her out of the way, for now, he smothers her into submission. Not long thereafter we see she’s been tied up with rope and complains about being immobilized. This brings her captor over who questions her again and gets nowhere, which leads him to grope her of course! Kept handgagged, she is toyed with for a while until the villain decides to tapegag her. She is then stood up and her skirt is moved so that her ass can be grabbed and spanked. The stockings underneath add another layer of erotic appeal, that the masked man clearly likes. She is tossed back onto the couch and left to languish. Wriggling and writhing, she slips off the couch and finds it hard to move (no acting here folks!). She gets stuck with her ass sticking out, which proves just fine for the masked man when he returns. Picking her up and putting her in a sitting position, he resumes fondling her big tits and ass. Her sweating loosens the tape and it comes off easy, but before she can laugh in triumph, she is handgagged again, muting her effectively. More feeling up of her sexy body ensues, with some closeup POV vision. Thinking it’s time to possibly make her even more helpless, the masked man ‘smothers’ back into a ‘pacified’ state as he touches her some more and plans his next move!
This DISCOUNTED clip was a CUSTOM REQUEST and is 15 minutes and 17 seconds. 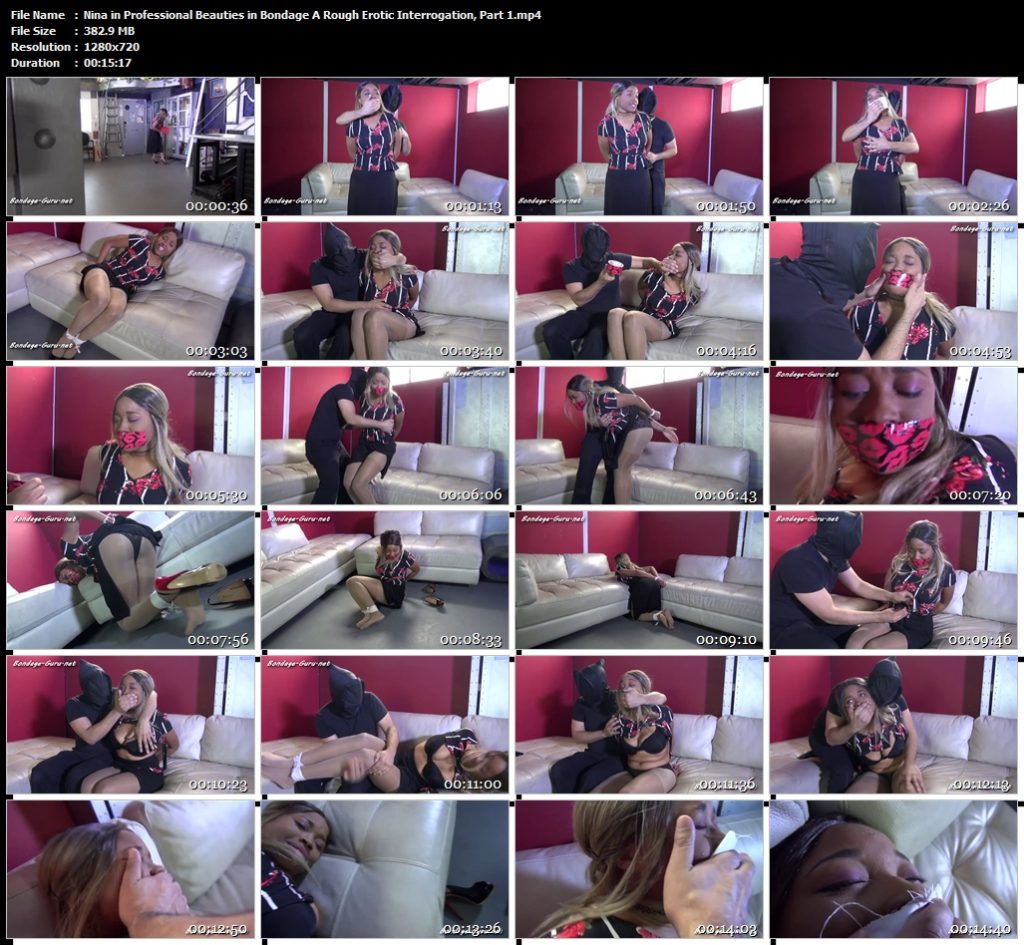