Imogen is a full bodied milf. She dont like to work, she won’t cook and she dont give a damn how the house looks. So one day her hubby gets enough. He ties her voluptuous body, pulls a hood over her beautiful face and stuffs a gag in her nagging mouth. As she lies there helplessly gagged and bound in her tight and shiny rubber hood he starts telling her what he expect from a good wife and she won’t get loose until she understands and agrees to change her ways. This takes some work cause Imogen is stubborn as a mule. But he really doesn’t mind. He loves watching her as she squirms and moans and struggles. He can’t get enough of those lovely angry sounds she makes from behind her tight gag, he loves her tightly roped breasts and the way she kicks her bound stocking clad little feet as she struggles in her unescapable hogtie. 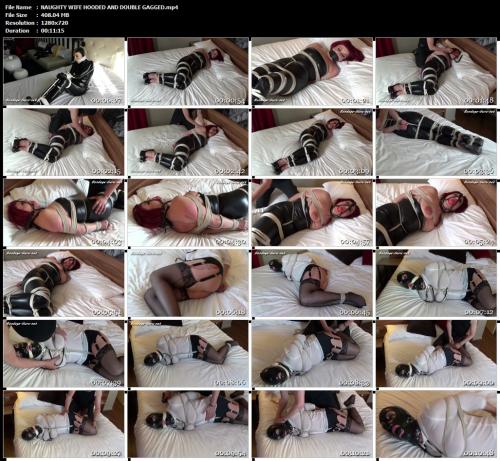