Mouth Stuffed and Tied Up Girls – Smart mouth model tied tight with two pair of panties stuffed and taped in her mouth. HD

JJ is on the phone with her friend in the bathroom. She is talking some about the bondage producer that flew her in to make a bunch of clips. He only shot two easy clips of her, then he wanted to go to eat at the mall. Then he bought her a bunch of Wolford pantyhose and some heels from Aldo. When they got back to shoot more he said he was tired but would pay her for all of the clips even though they didn’t shoot them because it was his fault they weren’t shooting. She told her friend her new nickname for him was Sucker Steve. He overhears her and gets upset. He drags her out of the bathroom. She tries to explain that she didn’t mean it and that she really appreciates her generosity she’s just had a run of bad luck and she wanted feel cool when talking to her friend that is used to getting everything in life. He’s not having it…If she wants tight gags and bondage she wants to earn her keep she can earn her keep. He ties her up tightly, puts a ball gag with chin strap in her mouth (Provided by hottbonds). He watches her struggle and moan and then he removes that gag and stuffs her big mouth with two pairs of panties and thick black tape. She can hardly make a peep. Her elbows are tied, a rope around her waist, a crotch rope. She can’t find any comfort, she is sweating. She eventually falls down to her side and struggles on the floor…He just leaves her there in misery. 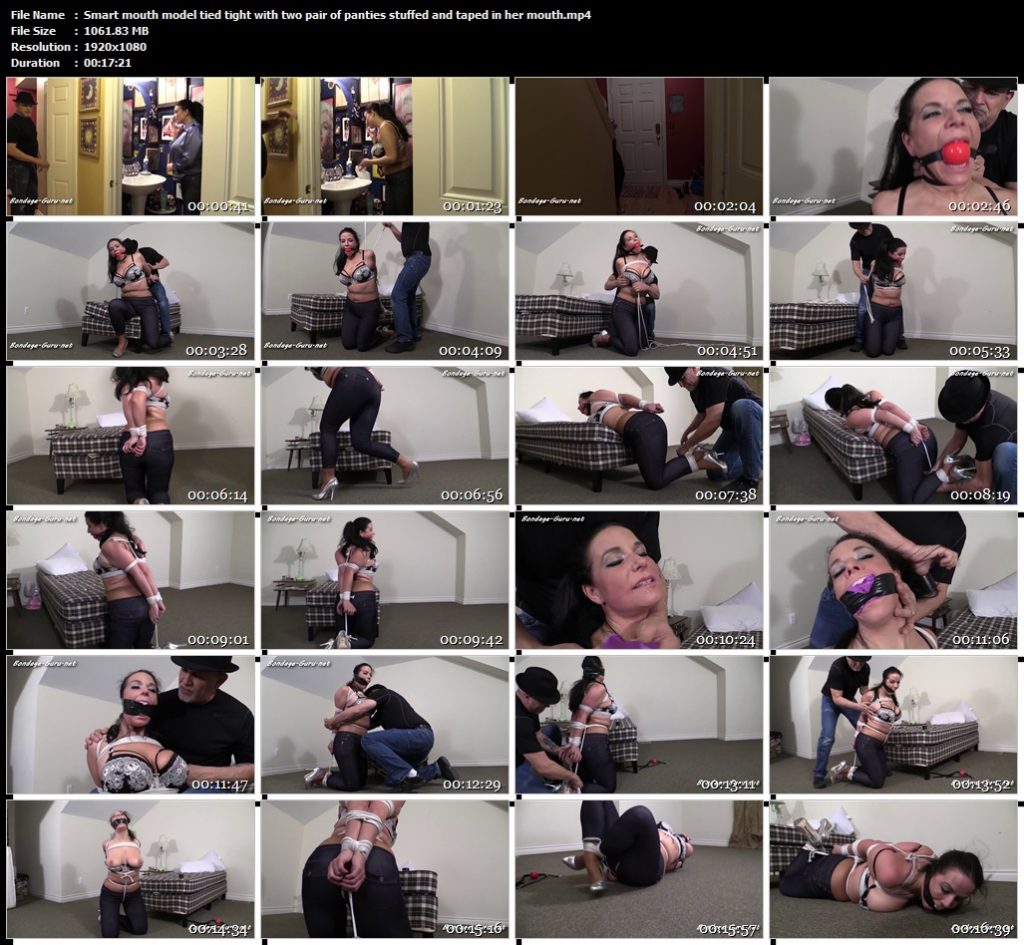 A Jim Hunter strappado for me!! – Bondage: JJ Plush, Born to be Bound