Scarlet is having an affair with her boss. But little does she know, the man is involved in some illegal activity and owes these people a lot of money. In the past, he has refused to pay them. But maybe when he finds out, his curvy little girlfriend is being held for ransom, he may have a change of heart. After letting Scarlet, plead with the boss on her cell phone, the man holding her, gags her by stuffing her mouth and taping her up tight. When he leaves Scarlet to struggle bound and gagged, she makes an attempt to get away. She squirms her way off of the mattress she was left on and works her way over to the stair steps leading down from the attic. But she only makes it a few steps until the man returns and catches her. To punish her, he takes her back over to the mattress, leans her over face down and pulls her pantyhose and panties down. He then shows her what is going to happen if she tries to escape again. Sometime later, the man learns that Scarlet’s boss has agreed to pay off his debt. So he lifts her up off of the floor and puts her over his shoulder so he can carry her down to his car and deliver her back to her boss. 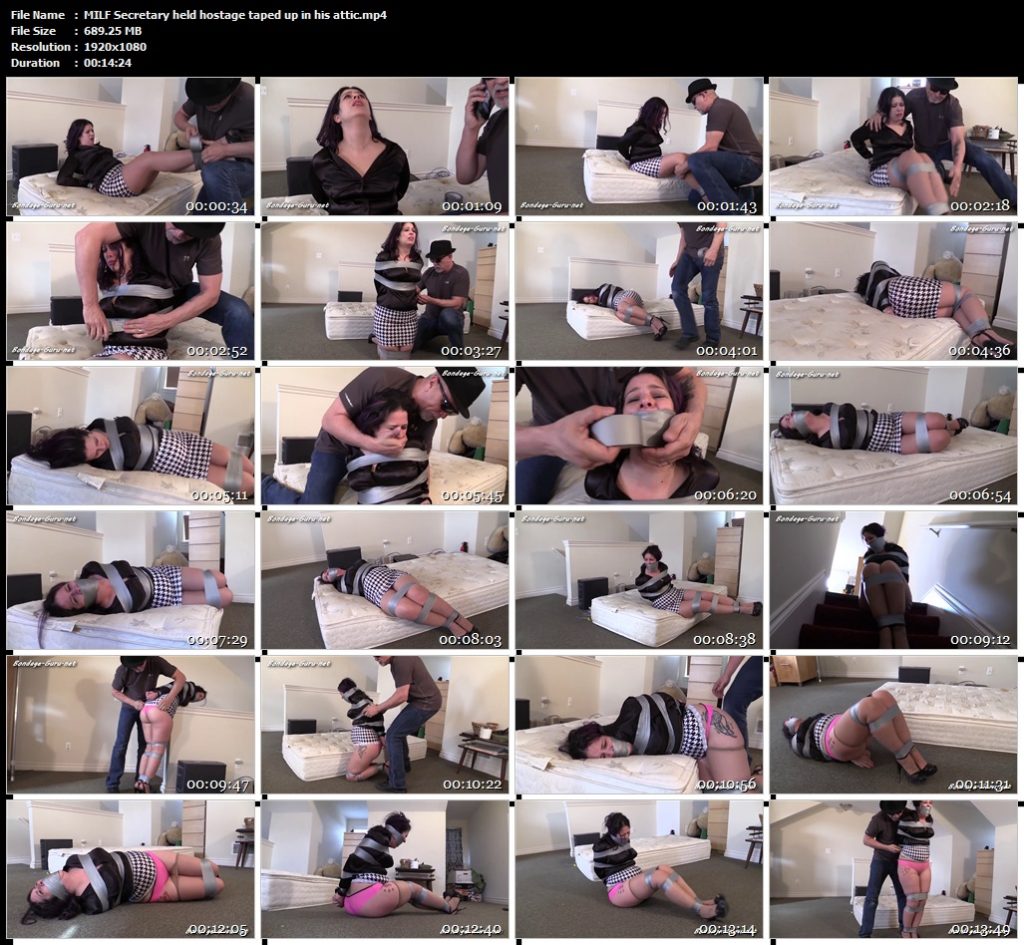