Megan and Lucie don’t usually pick up strange men in hotel bars, but this one seemed nice, and besides, there were TWO of them, and ONE of him, so what could go wrong? They soon found out that sometimes there isn’t strength in numbers. Tightly bound on the sofa, the girls playfully tested their bonds as they waited for their host to return, their pleasure slowly turning to unease as they realized just how vulnerable they were. Still, they reasoned, if things got really bad, they could always scream, certain their cries would be heard in the hallway beyond. Of course, when their host returned, he eliminated that prospect by filling their mouths with fat, drool-inducing rubber ball gags! Now really helpless, the girls struggled against their bonds, each blaming the other for their plight! Things quickly went from bad to worse when their host hogtied the busty damsels, leaving them utterly helpless and at his mercy. If only he HAD mercy! 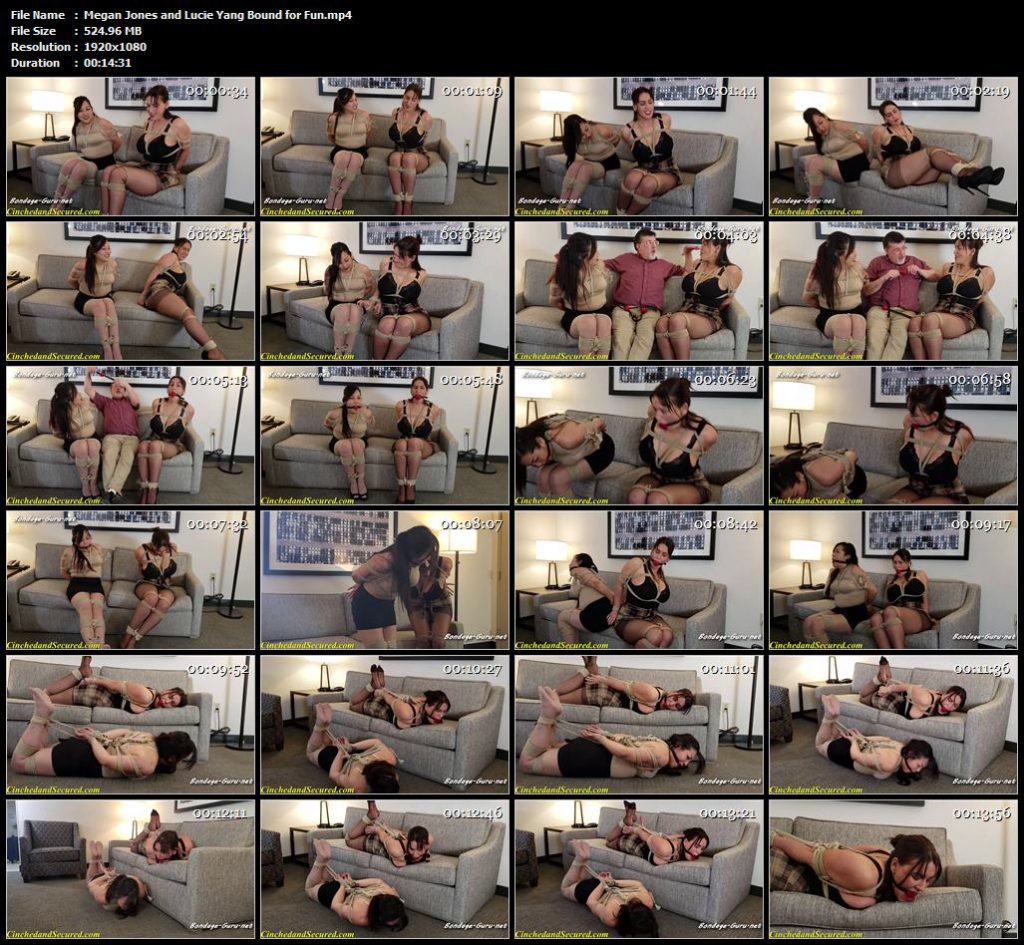 Cinched and Secured – Terra and Megan – Pajamas and Tape