Madalynn and David are sitting on a sofa discussing her outfit which she doesnt quite get, but most red American males would totally understand. He tells Madalynn that hes decided not to go out after all and that he wants to put her in some peril instead. He shoots down her complaints and just continues binding her arms together. With her elbows and wrists tightly bound he moves to gag her. In a sudden burst of playing character she shoves her face into his arm fighting off the gag but eventually David gets her mouth gagged by grabbing her ponytail, forcing the packing in and then winding very tight vetwrap around her head. With her protests silenced David starts binding her arms to her body pulling them in tight and tying them off. With a still standing Madalynn, David sits down behind her and binds her ankles tightly together. Eventually rather than taunt her standing too much he pulls her down onto his lap and informs her that hes going to go to dinner without her, leaving her tightly bound and gagged. She protests naturally and he starts trying to move her down to the floor when she resists him forcing him to lift her up and play a bit of oopsy dropsy with a totally helpless Madalynn. David taunts her with leaving once and just heads to another room while Madalynn grows angrier in her struggles. David does return though once more to taunt her about his dinner choices, a very angry Madalynn isnt much for listening or telling him what she wants and is left to struggle again this time for a pretty long time till David returns from his dinner. 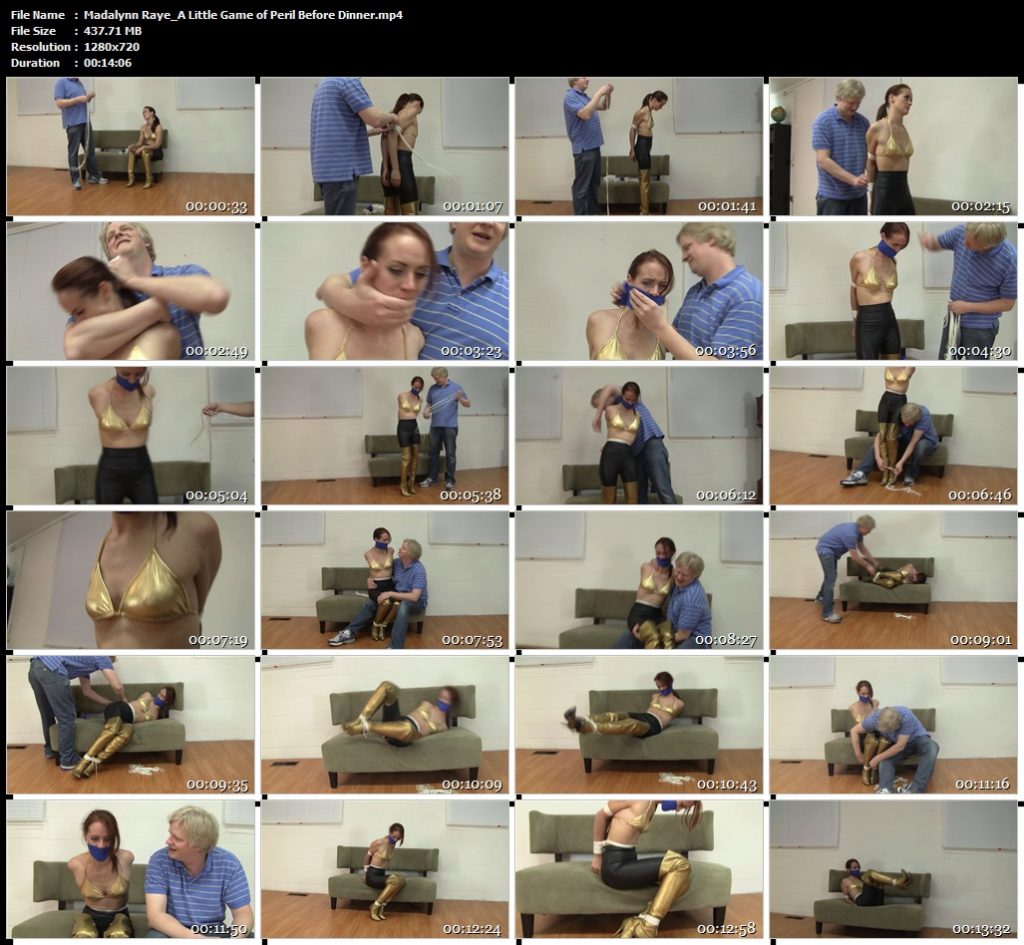