Chatting with Lola she mentioned she played tie-up games with a friend of hers. Due to her tiny body, she was able to squirm out of everything she is put into but she still finds it fun. I suggested letting me have a shot and fifteen minutes later Lola found herself tied up on my bed. The terms of the dare were never really discussed, but I took them to mean she stayed tied until she got herself free. As the minutes ticked by I could see that Lola wasn’t in agreement and wanted some help. Nevertheless, I’m sure she’ll figure a way out eventually. 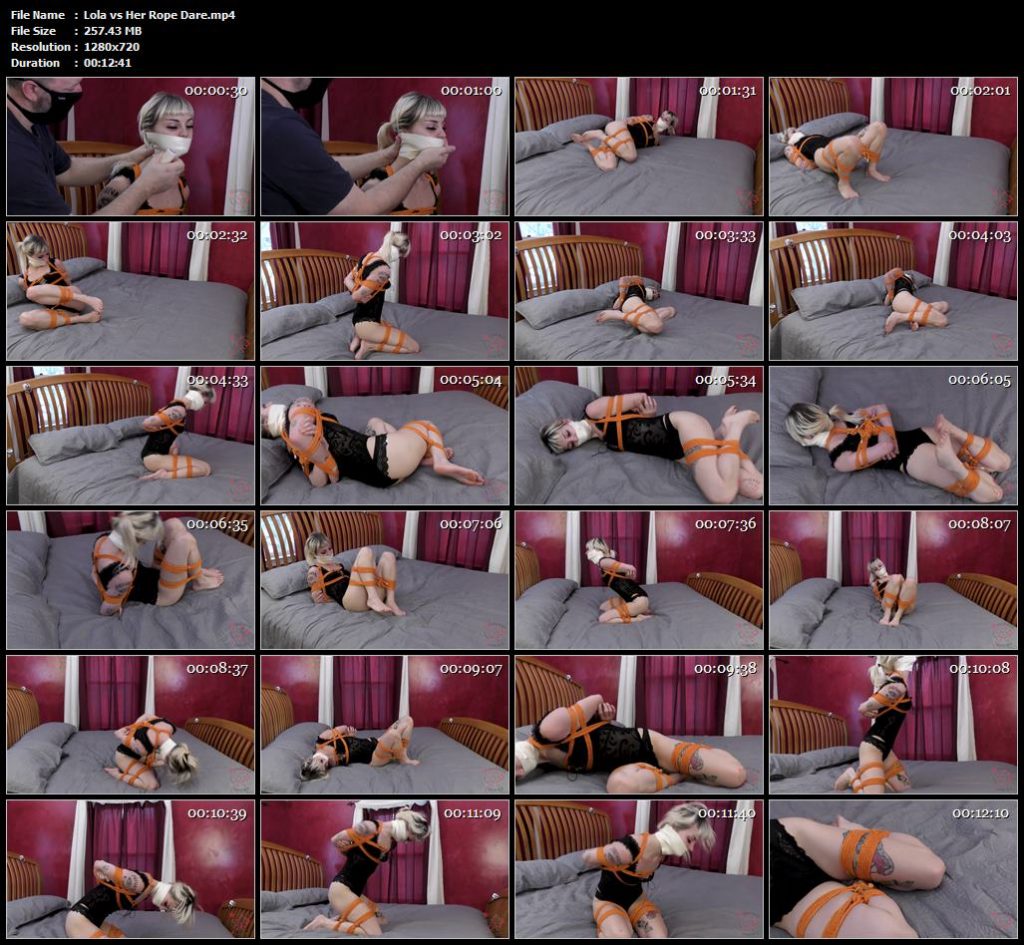 Hannah vs. The Stock Test – BondageJunkies