He is home alone relaxing when suddenly a girl named Whitney walks in on him. She seems to be in a very happy mood and may have had a few drinks. She tells him that she was at a party next door but left because she was mad at her boyfriend. Whitney goes on to say that her boyfriend made her walk home. But then, when she saw the man’s open door, she decided to walk in. The two talk for a while and Whitney brings up the idea of, “What if someone snatched me off the street as I walked home dressed like this!” The man agrees that something like that would be possible. Then Whitney tells the man that she kind of likes the idea of someone grabbing her, tying her up and having his way with her. She then talks him into playing her game. A short time later, Whitney finds herself bound and gagged by the man. She is very turned on and is glad she decided to do this. As she struggles like this, she gets even more excited and eventually the man realizes that he is going to have to do something very naughty to her just to keep her happy. 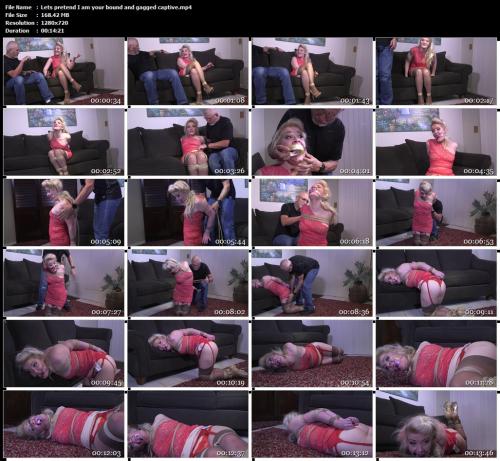