Lady Midnight (Jayda Blaze) has been captured by her arch nemesis, and finds herself naked, bound and helpless! It’s not enough that she’s been unmasked, not enough that she has been stripped absolutely nude, not enough that’s been rendered helpless by the tight bondage and silenced by the fat ball gag that turns her into a drooling mess, her captor demands further humiliation before putting an end to her once and for all. Furious, frightened and fused into a tight little package, she can do nothing to prevent him from coating her delectable bottom with lubricant and sliding a finger into her tight bottom! Sadly for her, that’s only a warm up for the main event: a specially prepared butt plug, shoved into her with little warning! Worse, the plug has been kept in a deep freeze prior to insertion, and the cold is excruciating. That’s when the villain lays out his plan to the mewling girl: as the plug heats up, it transmits a signal that will trigger an extraordinarily explosive, bringing an end to the crime fighter once and for all! Powerless to expel the invader from her bottom, she struggles, moaning and drooling as she watches the temperature slowly rise and the bomb slowly countdown! Can she escape?? 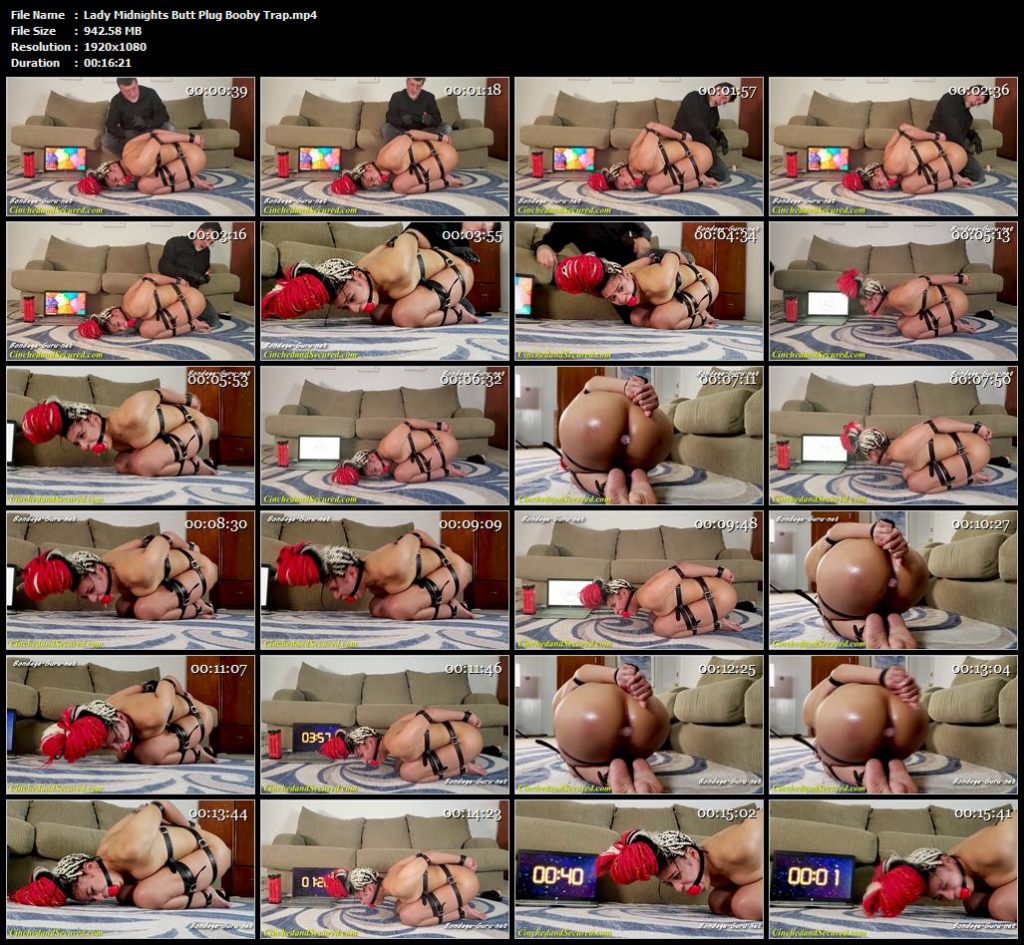 Cinched and Secured – The Wages Of Sin – Part 2