After being kept in bondage for an entire weekend while her boyfriend has been pressing his luck at the gaming tables, Kristyna was understandably pissed to learn he had lost everything, including their home! She thought that was as bad as things could get, but she was wrong! Seems an Arab sheik, a huge fan of the movie Indecent Proposal, has offered her boyfriend a huge sum of money if he’ll leave the blond buxom bound American beauty in tight bondage to be his plaything for the evening! Protesting heavily through her gag, tied in a strappado position in the hotel room closet, she struggles and bitches up a storm, demanding to be released, but her boyfriend isn’t about to pass up a sweet deal like this! He’s headed back to the casino to be sure her new owner gets plenty of alone time with her and her helpless body! 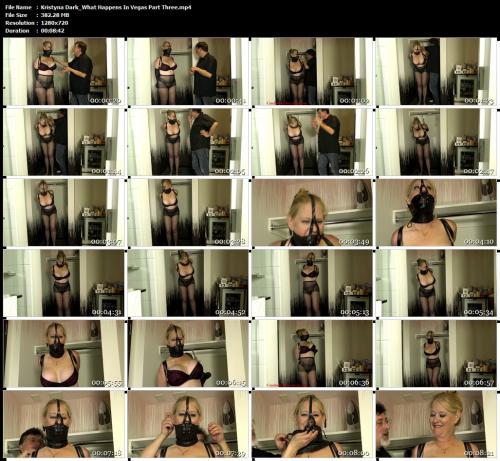