Madalynn came to this place for a job interview. The person she talked to, told her to walk right in and go up stairs to the office. But when she got there, she found the place empty and it appeared to be abandoned. “Maybe, everything is upstairs!” she thought to herself. But as she walked up stairs, the place got even more creepy and still there was nothing or no one around. All of a sudden, a man came out from behind and grabbed her. He tied Madalynn’s hands behind her back and fastened rope to her neck. He tied the neck rope to a beam overhead and left her for a short time. When he returned, he had more rope which he used to tie her more secure on a chair. The building was abandoned and in a part of town where hardly anyone passed through, but the man took no chances. He made sure Madalynn stayed quiet by stuffing and taping a gag in her mouth. When he left Madalynn again, she did her best to get loose. But when she figured the rope was tied too tight and the knots out of reach, she worked her way over to the stair landing. No sooner than she worked her way onto her feet, the man returned. He let her know that trying to escape was a waste of time since he now had the building locked up. But to make it even more difficult, he added more rope around her chest and arms. He then hogtied her on the filthy floor. 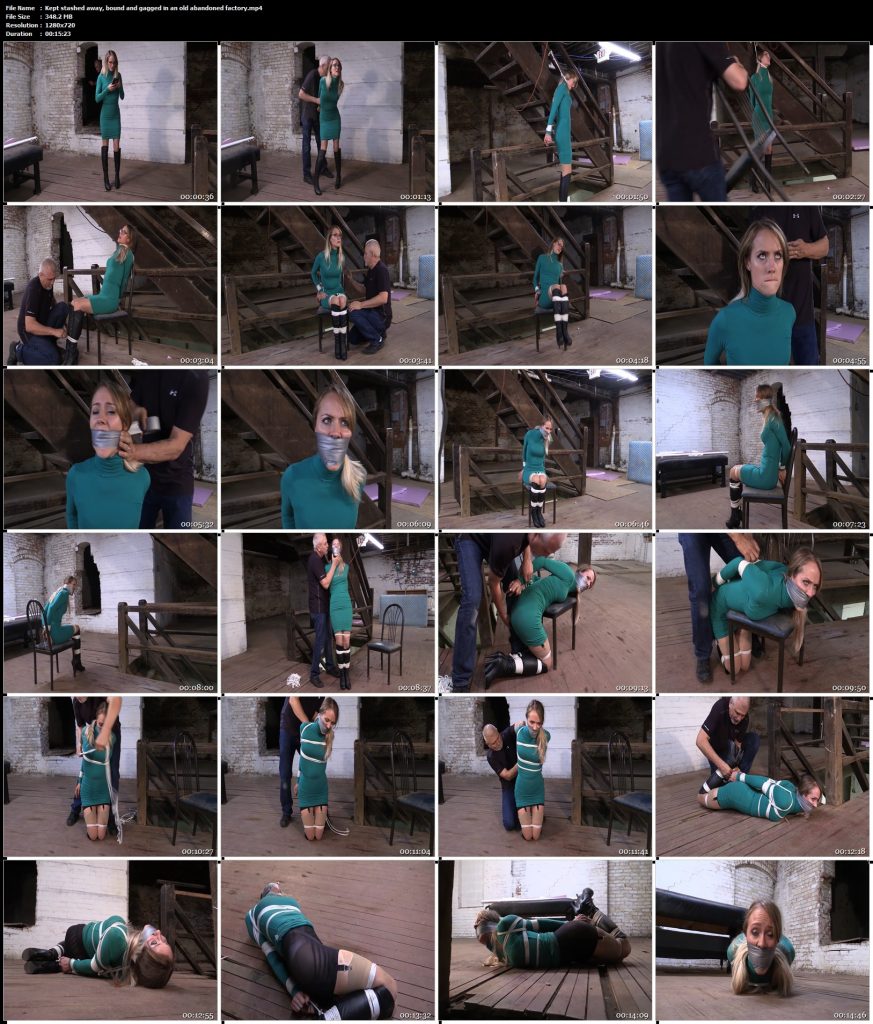