A man walks into his hotel suite. He looks like he is a bit surprised to find things are not like he left them. But he is on the phone talking to someone. That someone happens to be his employer who has sent him to this town in order to grab a girl named Caroline Pierce and bring her back to him. So when the man hangs up, we see why things are not as he left them, because he has done his job and grabbed Caroline. He had left her bound and gagged on a chair. But she has somehow knocked the chair over with her on it. Lucky for the man he had tied her well enough that she was not able to get loose. But now he needs to tie her a little more secure so she cannot cause him any problems. He stands her up and leans her over a counter. There he ties her up with more rope and very tight so she can hardly move at all. He also changes the gag by stuffing her mouth full of cloth and wrapping it in with tape. Then to punish Caroline, he pulls her bra down so her tits are exposed. He also crotch ropes her. When he puts her on the floor and hogties her, the man warns Caroline that if she gives him anymore trouble, she will take the 2 hour drive in the trunk of his car rather than the nice comfortable air conditioned back seat. 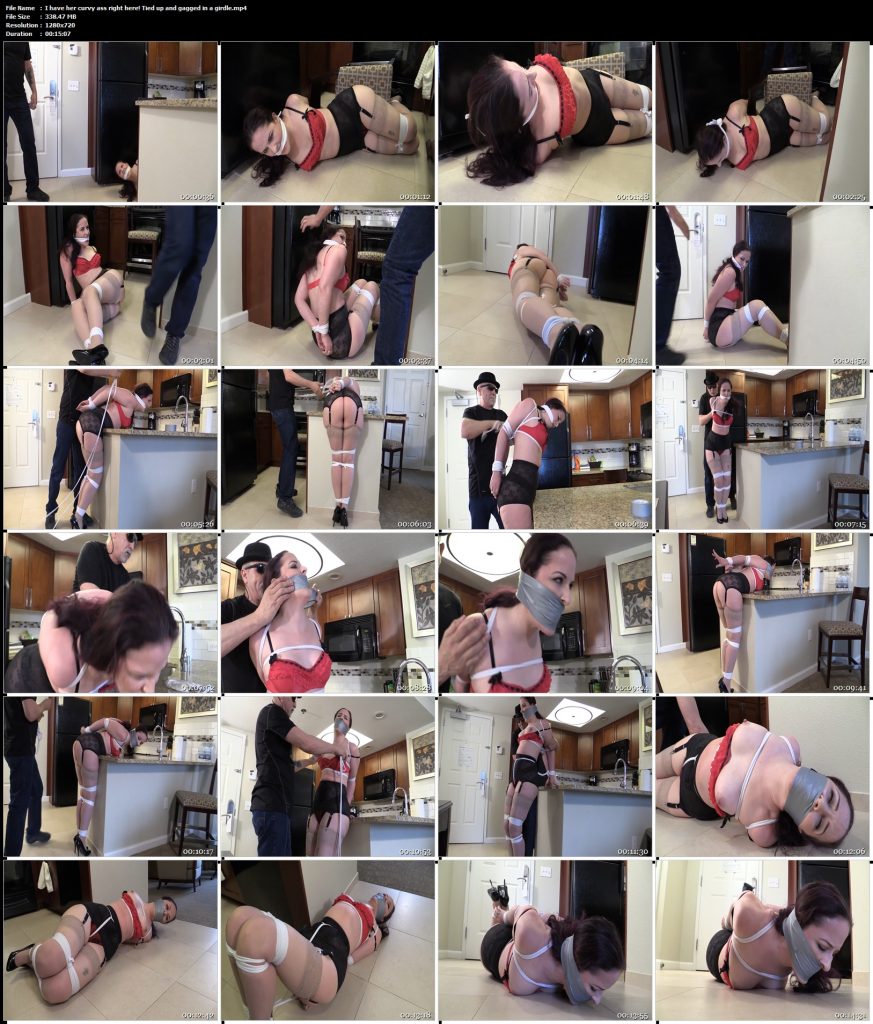