He had come to this Fetish Convention with the hopes of working with a few top named models and so far, he was not disappointed. In fact, as the video begins, he is on the phone talking to another model who he tells that he will be ready to work with her in thirty minutes. But only a few minutes later, in walks Morina. When he asks why she has shown up so early, Morina tells him that she has no idea what he is talking about. She tells him that she works for the hotel and that she is here to check on complaints of women hollering for help in his room. Believing Morina is the model he is waiting for, he grabs her and starts to tie her up. When she resists and protests, he is very happy that she seems to really be getting into her role as a captive damsel in distress. As the photo shoot moves along, it is now time to gag Morina. She protests loud that she is the hotel detective, but is cut off when a pair of panties are roughly stuffed in her mouth and then a rag is tied between her teeth. Now bound and gagged, Morina grows more frustrated. Because now, there is now way to make this man understand. Then things get really bad when the man pulls her blouse open and her bra down to expose her great big boobs. Morina is furious as she struggles hard to get loose. Finally, as the man holds her down and hogties her, there is a knock at the door. In walks a woman who claims to be the model the man hired. “If you are the model, who the heck is this!” he asks as he points at the now hogtied and gagged Morina. 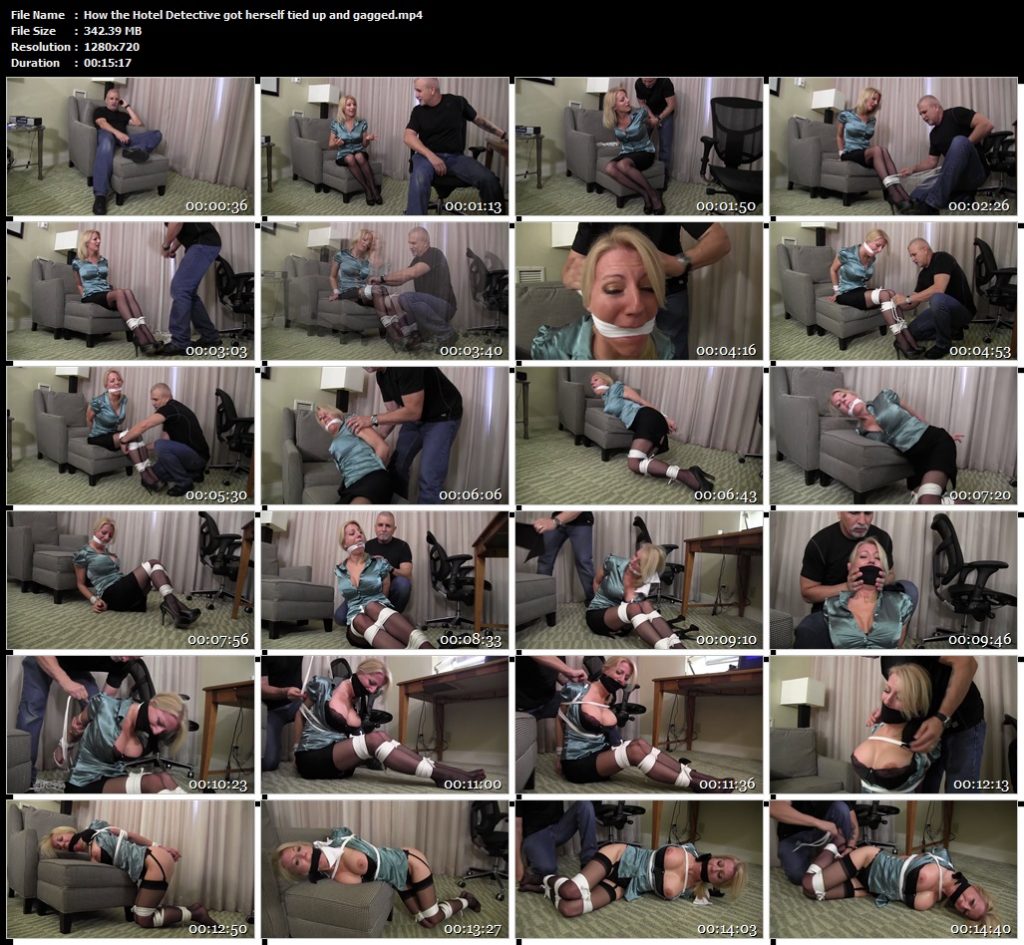 Tied so tight in my Full Figured Girdle!